The Super-Darb, Hotsy-Totsy FBA Books of the Year Round-Up 2019 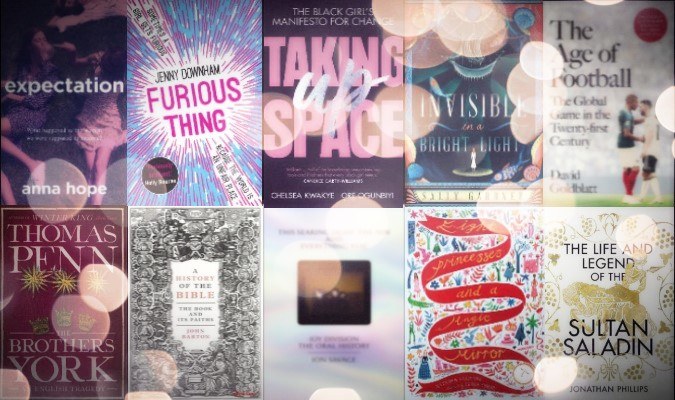 It’s the final month of the final year of the decade… and you know what that means.  Yep, in just under three weeks we’ll be in the Roaring Twenties 2: Roar Harder™.  Flapper hats and Charleston swingsteps at the ready!  But first, there’s the little matter of the 2019 Books of the Year and the numerous FBA titles among them.  So ankle over to a barstool and get on the gigglewater — this one’s a sockdollager 😉

First up, we have to pay tribute to those titles that got multiple mentions from multiple publications — and we surveyed them all, from Literary Review to Good Housekeeping, from the Telegraph to the Guardian, from the NYT to the Irish Times and from Waterstones to Rough Trade.  We are immensely proud of each and every book our authors wrote and published this year, but these were the ones, that for whatever reason, touched the hearts of multiple reviewers (as well as thousands more booksellers, bookreaders, and bibliophiles):

THE AGE OF FOOTBALL – DAVID GOLDBLATT,

A HISTORY OF THE BIBLE – JOHN BARTON,

THE LIFE AND LEGEND OF THE SULTAN SALADIN – JONATHAN PHILLIPS.

But of course, there are more!

The Times
This is Shakespeare

The Spectator
The Elizabethan Image

The New York Times
The Lost Art of Scripture

TLS
The Unsettling of Europe

The i
Wicked By Design

And finally, we did not include any books that were also on last year’s BOTY round-up, but quite a few places, including Waterstones, did a Paperbacks of the Year list, and so congratulations to The New Silk Roads, Seashaken Houses, Middle England, Lords of the Desert, and I Am Dynamite! for cracking it in softcover too and taking a second delicious bite of the (all-butter brandy-infused mince) pie.

So. Got any presents left to buy? Snatch a few from this extensive list and you’ll be all sorted to power through Christmas and onto New Year’s Eve, where we can all begin a happy decade of cutting through the phonus balonus and sticking our gams up to get zozzled on bathtub gin till we’re half-seas over. Let’s blouse!