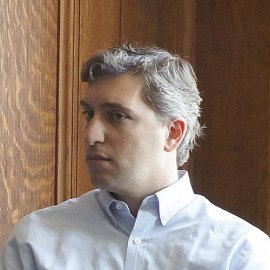 Andrew is a correspondent at Wired magazine whose work has appeared in numerous publications, including the New Yorker and the New York Times. His first book, TUBES: Behind the Scenes of the Internet, was published by Penguin UK in paperback in March 2013. (‘This year’s most original and stimulating “travel” book’ – Independent). His latest book, The Weather Machine, was published in June 2019 by The Bodley Head.