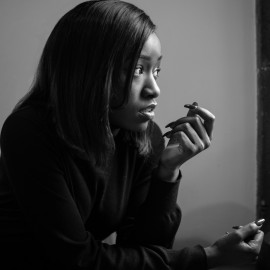 Ore Ogunbiyi is a Nigerian-British Politics and International Relations graduate from Jesus College, Cambridge. Whilst at Cambridge she pioneered the Benin Bronze Repatriation campaign, the #BlackMenofCambridgeUniversity campaign and was president of the African-Caribbean Society. She co-authored Taking Up Space with Chelsea Kwakye, which aims to tackle issues of access, unrepresentative curricula, discrimination and show the activist zeal of black women within university spaces. Taking Up Space was published by Random House Heinemann in June 2019 as the flagship release of Stormzy’s imprint, Merky Books.

She has since completed a Masters in Journalism at Columbia University, New York, and is currently working as a Special Assistant and Speechwriter to the Vice President of Nigeria.