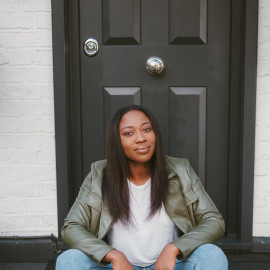 Chelsea Kwakye is a British-Ghanaian History graduate from Homerton College, Cambridge. Whilst at Cambridge she was the only Black girl in her year group of around 200 people studying History. During her time at University, she was Homerton’s BME Officer and Vice-President of the African-Caribbean Society. She is currently studying at the University of Law in preparation for a training contract with a city law firm in London.

She co-authored Taking Up Space with Ore Ogunbiyi, which aims to tackle issues of access, unrepresentative curricula, discrimination and show the activist zeal of Black women within university spaces. It was published by Random House Heinemann in June 2019 as the flagship release of Stormzy’s imprint, Merky Books.