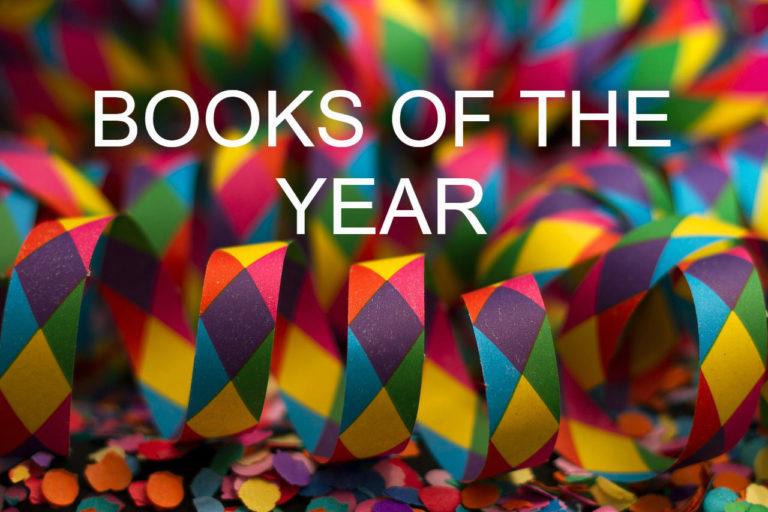 It’s that time of year again!  The ground is frosty, the pies are minced, our stomachs are swelling with anticipation… and the papers are full of their Book of the Year roundups.

This year we must have been very good indeed, because our authors have been featured in so many BotY specials it’s hard to keep track!  Particularly while dipping one hand into a box of Christmas chocolates…

Looking at fiction first, it was unsurprising to see “the book that everyone’s talking about” (The Times), Jonathan Coe’s savagely funny Middle England, scoop multiple mentions.  Murmur (Will Eaves) also cemented a growing reputation on the back of its Goldsmiths Prize shortlisting by appearing in numerous lists, from the TLS and Australian Book Review to New Scientist.  Continuing with the historical theme, we loved seeing the wonderful Mr Peacock’s Possessions (Lydia Syson) and Tim Leach’s journey to tenth-century Iceland, The Smile of the Wolf, pick up inclusions in The Times and Sunday Times, too.

Turning to non-fiction, it was a delight to see Thomas Cromwell: A Life (Diarmaid MacCulloch), I Am Dynamite! (Sue Prideaux) and In Extremis (Linsey Hilsum) appear in so many roundups… but things didn’t stop there.  The New Silk Roads (Peter Frankopan), Queen Victoria (Lucy Worsley), Lords of the Desert (James Barr), Behind the Throne (Adrian Tinniswood), The Future of Humanity (Michio Kaku), The Mind is Flat (Nick Chater), The Growth Delusion (David Pilling), Rome Resurgent (Peter Heather) Infinity in the Palm of Your Hand (Marcus Chown) and The Story of the English Garden (Ambra Edwards) all dazzled the critics enough to be named a Book of the Year in Prospect, the Spectator, the Guardian, the Telegraph, The Sun, BBC History Magazine and History Today.  Phew!

Last, then, but very much not least, our children’s authors were also at the festive party.  The Times featured Sally Gardner’s glorious Mr Tiger, Betsy and the Blue Moon (also a contender for title of the year, we would think) and the FT named The Boy Who Hit Play (Chloe Daykin) and David Almond’s illustrated picturebook The Dam.  And David featured again in the Observer’s splendid spread—alongside The Children of Castle Rock (Natasha Farrant, featured also in the Telegraph) —with his Costa-shortlisted wonder The Colour of the Sun (“Finally, the pure joy and exhilaration of being young and alive on a perfect summer’s day is captured to stunning effect.”)

Thomas Cromwell: A Life (Diarmaid MacCulloch) made it to number 2 on the Bookseller’s Books of the Year: the critics’ picks list. 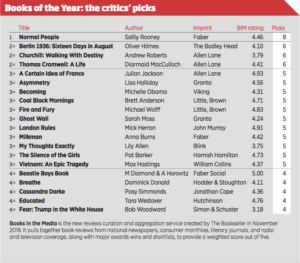 So, if you’re after a last minute Christmas present… well, take your pick.