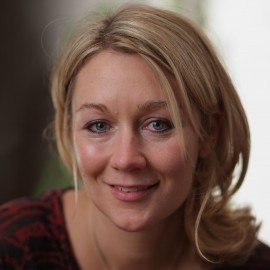 Anna Hope studied at Oxford University and RADA. Her powerful first novel, Wake (2014), sold to Transworld in a seven-way auction. Set over the course of five days in 1920, it weaves the stories of three women around the journey of the Unknown Soldier, from its excavation in Northern France to Armistice Day at Westminster Abbey. US rights were pre-empted by Random House, and Wake has now been sold in 18 foreign territories. Anna’s second novel, The Ballroom, was published in January 2016 and was selected for Richard and Judy’s Autumn promotion. In 2021, it was chosen by French booksellers are one of their top ten translated reads for the 90th anniversary of Gallimard imprint Du Monde Entier.

Her third and first contemporary novel, Expectation, was published in July 2019 to rave reviews, scooping 7 “Best Read of 2019” awards. It is currently being adapted for the screen by Clemence Poesy and Haut et Court films in Paris. Anna’s novel, chartering the dreams and disappointments of a group of East London women, is described by Pandora Sykes as ‘a brilliant exploration of friendship, feminism and thwarted ambition’.

Her latest book, The White Rock, was published by Fig Tree as a lead hardback in August 2022. French rights have sold to Le Bruit du Monde in a significant deal, German rights to Hanser Verlag, and Dutch rights to Ambo Anthos via Andrew Nurnberg Associates. The White Rock is an audacious, intimate, profoundly humane novel about four people across three centuries, set around the White Rock of San Blas off the coast of Mexico. It autumn 2022 the French translation of The White Rock was longlisted for the prestigious Prix Médicis étranger. 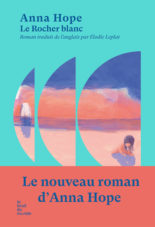 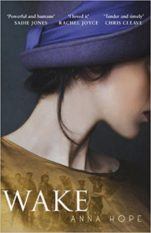