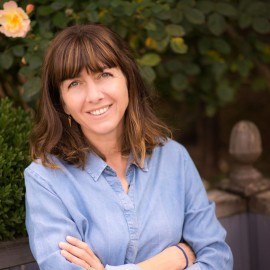 Violet Moller is a historian and writer who lives near Oxford with her husband and their three children. She has written The Map of Knowledge, a book that follows the fortunes of the big scientific ideas of antiquity as they travel across the Middle East, North Africa and Europe on their long journey through the Middle Ages. Starting in ancient Alexandria, she traces the major books on astronomy, mathematics and medicine as they are transmitted across cultures and countries, and transformed by the scholars who translated and studied them along the way, ending in Venice at the end of the fifteenth century.

In November 2016, The Map of Knowledge won the Royal Society for Literature Jerwood Prize for Non-fiction; it was published in February 2019 by Picador Macmillan in the UK and Doubleday in the USA. Rights sold in Italy, Spain, France and China.  Violet has also written three books for the Bodleian Library: The Curious World of Dickens (co-authored with Clive Hurst), Oxford in Quotations and Bodleianalia (with Clare Cock-Starkey). 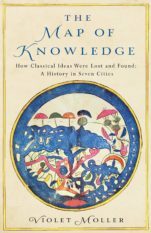