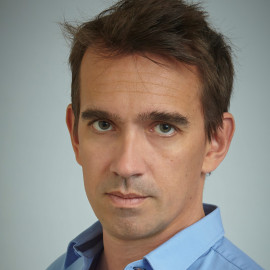 Peter Frankopan is Professor of Global History at Oxford University, where he is Stavros Niarchos Foundation Director of the Oxford Centre for Byzantine Research and Senior Research Fellow at Worcester College, Oxford.  He is also Professor of Silk Roads Studies at King’s College, Cambridge.

He works on the history and politics of the Mediterranean, Russia, the Middle East, Persia/Iran, Central Asia, China and beyond. Peter often writes for the international press, including The New York Times, Financial Times Guardian, and has a regular column in the London Evening Standard.

He has been called ‘the first great historian of the 21st century’ by the Brazilian press; ‘the history rock star du jour’ by The New Statesman, and simply ‘a rock-star historian’  (VLT – Sweden; Helsingin Sanomat – Finland). The Times has called him ‘a literary star.’

His translation of The Alexiad was published by Penguin Classics in 2009. In 2012, his book The First Crusade: The Call from the East was published by Bodley Head/Vintage and hailed as the ‘the most significant contribution to re-thinking the origins and causes of the First Crusade for a generation’ (TLS). It has since appeared in fifteen languages.

In 2015, The Silk Roads: A New History of the World was published by Bloomsbury to worldwide acclaim. It was named as one of the Books of the Year in almost every single publication in the UK and has since been published in more than thirty languages. It went to Number One in the Sunday Times Non-Fiction charts, remaining in the Top 10 for nine months in a row, as well as being #1 in China, India and many other countries around the world. It has sold more than 1.5 million copies and has been described as ‘breath-taking and addictively readable’ (Daily Telegraph); ‘astonishing’ (Vanity Fair); ‘dazzling’ (South China Morning Post); ‘not only the most important history book written for years, but the most important in decades’ (Berliner Zeitung) and ‘a magnificent book’ by the Prime Minister of France.It is one of ‘ten books that change how you see the world’ (The Times). It was named one of the ‘Books of the Decade’ 2010-20 by the Sunday Times. In October 2018 Bloomsbury Children’s Books published an illustrated edition of The Silk Roads For Children.

Peter’s follow-up, The New Silk Roads: The Future and Present of the World, is a ‘masterly-mapping out of anew world order’, according to the Evening Standard, and ‘a brilliant guide to terra incognita’ (Sunday Times) that is reminiscent of Tolstoy (Daily Telegraph). It won the Human Sciences prize of the Carical Foundation in 2019.

In March 2023 Bloomsbury will published Peter’s new book The Earth Transformed: An Untold History. This magisterial new study takes us from the beginning of recorded history to the present day, and shows us how humans have been shaped by the environment – and by changing climates. 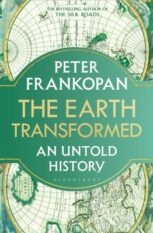 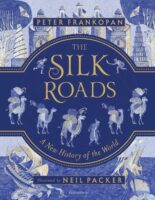 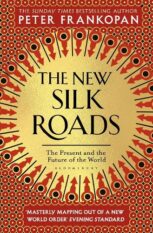 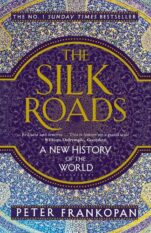 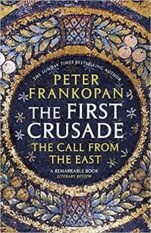