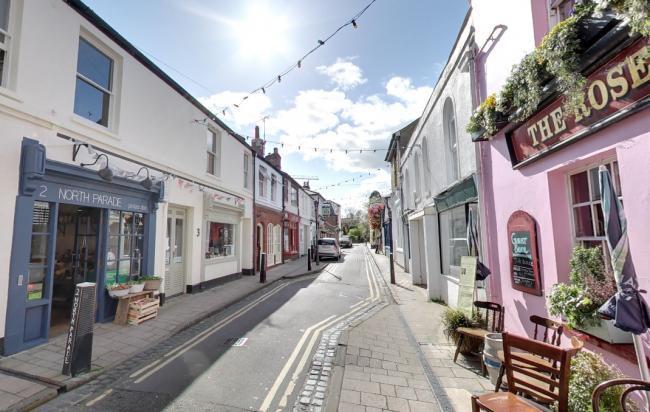 Change was rife at the FBAtrium last month as administrator and digital manager Amy left Oxford for a new life with her boyfriend in London (there was cake, there was champagne, there was sadness).  Alice—who’d previously run admin for the Oxford Creative Writing MSt—joined the team in her stead, though, and former intern Aoife (ex-Waterstones) began her brand-new role as Agent’s Assistant.  Yet even more excitingly, we were delighted to announce Carrie’s promotion to the board of directors—a thoroughly deserved appointment after a groundbreaking year for her authors, with Murmur winning the Wellcome Prize and Taking Up Space splash-landing as the flagship title of Stormzy’s new imprint—TV show already in the works—just two of 2019’s many, many highlights.

Across the industry, the biggest event was undoubtedly the return to Gilead.  We are as much Atwood fans as anyone, and so it was nice to see Queen Maggie namecheck “the” history of Thomas Cromwell, by Diarmaid MacCulloch, in a special interview with Mary Beard on BBC2.  Atwood is reading it now, and seeing considerable similarities between the master manipulator (Cromwell, not Diarmaid) and The Testaments’ antagonist, Aunt Lydia.

For us, September started with a burst of new books, David Goldblatt’s much-acclaimed The Age of Football among them, though whether he had time to read the cascades of glowing column inches was questionable since he spent most of the month in the studio narrating the audiobook.  Among the other titles published that very same day—including two from the children’s dynamo that is Jeanne Willis—was Katya Balen’s MG debut, The Space We’re In, which was launched in London with bowls of magic stars and flying saucers, along with fizzing flutes of rocket fuel.  Okay, that’s just what we were calling the champagne.  Though it’s 10-year-old Frank, Katya’s narrator, who’s obsessed with outer space, it’s his brother Max, half his age and non-verbal, who is arguably the emotional heart of the book, praised by Bloomsbury editor Lucy McKay-Sim in the launch speech that evening as “beautiful,” “lyrical”, and “heartbreaking”, among slews of other superlatives.

Roddy Beaton made a speech last month, too, though his was in Greek as he received an Order of Honour in the Presidential Mansion, Athens, for his “emblematic contribution” to Hellenic culture and literature.  Professor Beaton’s Greece: Biography of a Nation, continues to do well, with a Greek-language edition coming early next year.  And staying on the continent, Jonathan Coe hit the French bestseller list with Le Coeur de l’Angleterre (Middle England), which is making them laugh almost as hard as our news.  The cover shows two Britons, yanking away at their Isles with tug-o-war ropes.  Strain shows in their faces.  The country is splitting down the middle.  But they just keep on pulling.

Each newsletter we do a quick Q&A with a member of the FBA team, and this month it had to be Carrie.

Which book released recently are you dying to get your hands on?

CP: The book I’m most excited to read that is about to be published is The Topeka School by Ben Lerner. I loved his slim, beautiful novel Leaving the Atocha Station and a few of my friends whose taste I trust not only loved this new one, but said that it was his best yet. I’d also love to read Girl, Woman, Other by Bernardine Evaristo, which is currently shortlisted for the Booker. Oh and I have heard amazing things about Make It Scream, Make It Burn by Leslie Jamison. I’ll stop now.

You’re very involved in our intern programme, how has that been?

CP: It’s been an utter joy to create and head up the paid intern programme for the last couple of years. Every single intern has been bright, helpful and added energy to the team (perhaps as evidence of this, we’ve already hired two of them). The programme is on a temporary hiatus but we’re hoping to start it up again next year – keep checking our website and social media for updates.

And finally… how did you celebrate your promotion to the board of directors?

CP: Do you know – I don’t think I’ve actually celebrated yet! I clearly need to have a glass of champagne this weekend.