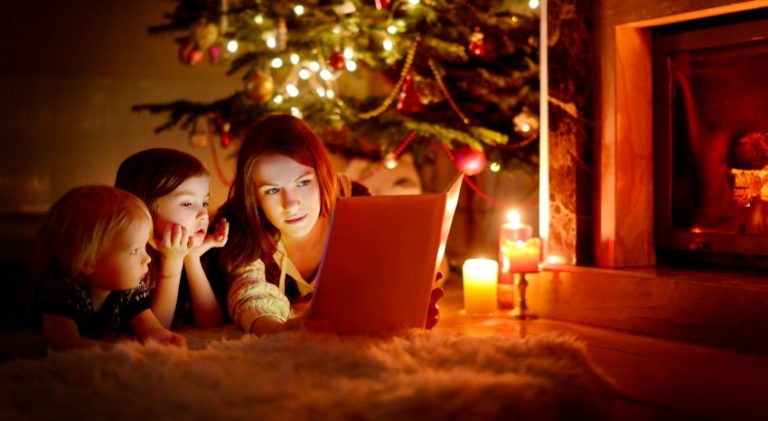 With the history big hitters – not to mention the cookbooks and novels from national treasures – the wonderful children’s books we represent can often be criminally undertreated. So, this post is all about putting those magical wordsmiths front and centre, as they deserve – along with celebrating the myriad successes that have recently been flooding their way!

One thing before we start – you can buy all these books at a discount (and support independent bookstores when they need it most) by clicking the author/title, which will take you to bookshop.org, which as of the time of writing has raised an incredible £220,000 for independents across the UK. Help keep your favourite bookshops alive, and delight the children in your life. What could be better this Christmas?

David Almond is a man who needs no introduction. Universally regarded as one of the greatest children’s writers at work in the world today, in 2010 he received the Hans Christian Andersen Award, given out every two years and sometimes called “the Nobel Prize of children’s writing”.

David himself regards this new book – which the Observer called “a moving page turner that ponders nothing less than humanity and free will”, as one of the best things he has ever written, and we are inclined to agree. 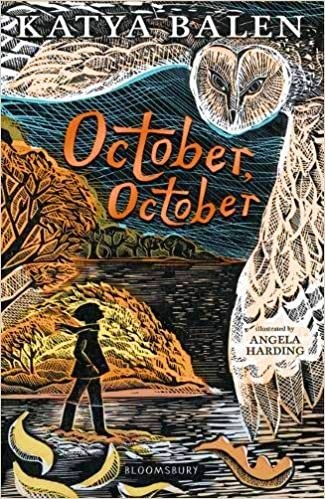 October and her dad live in the woods. They sleep in the house Dad built for them and eat the food they grow in the vegetable patches. They know the trees and the rocks and the lake and stars like best friends. They read the books they buy in town again and again until the pages are soft and yellow – until next year’s town visit.

They live in the woods and they are wild. And that’s the way it is.

That’s the premise. And you can see the unutterably gorgeous illustration-work from the talent that is Angela Harding. But what makes this book “deserve instant classic status” (The Times) is the heart-stoppingly beautiful style. And don’t take our word for it… 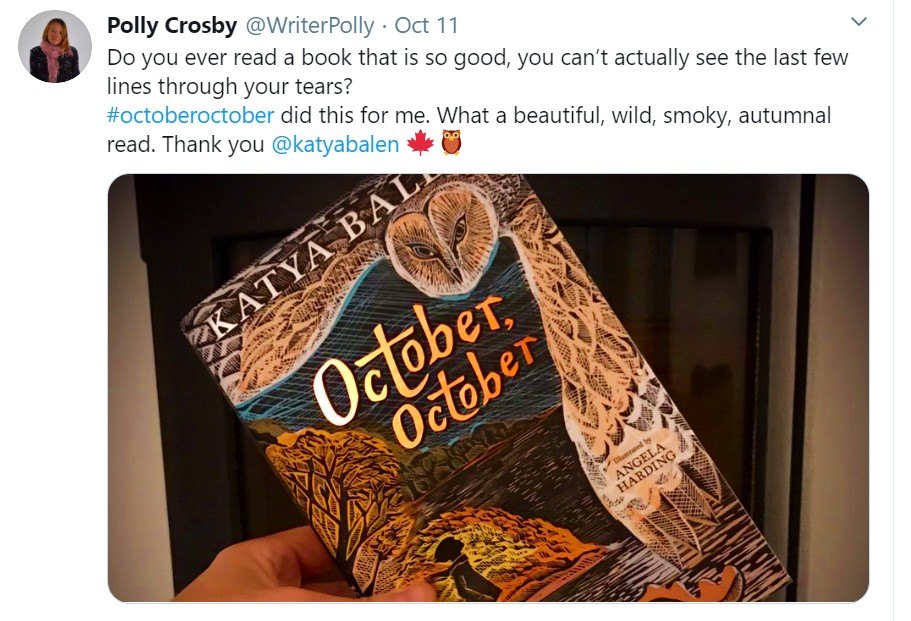 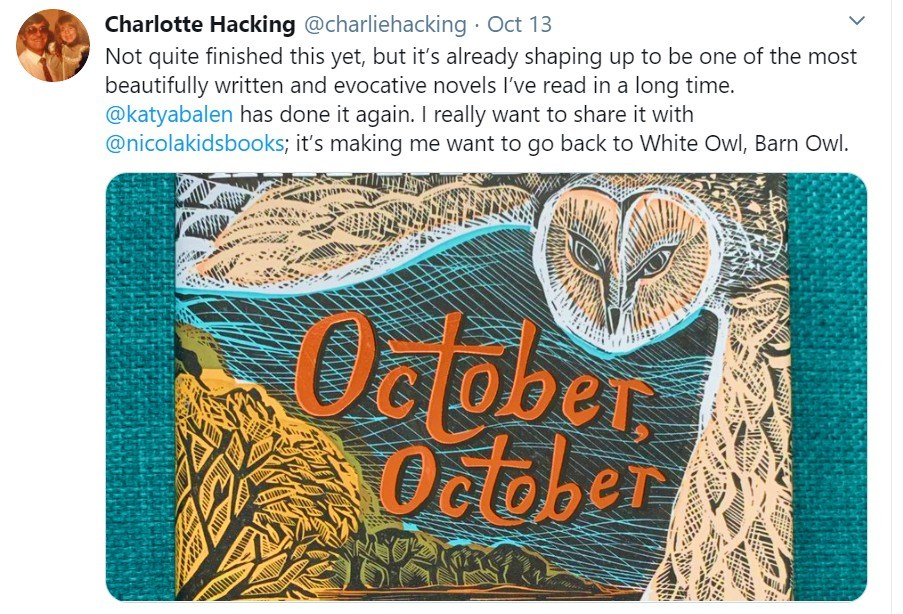 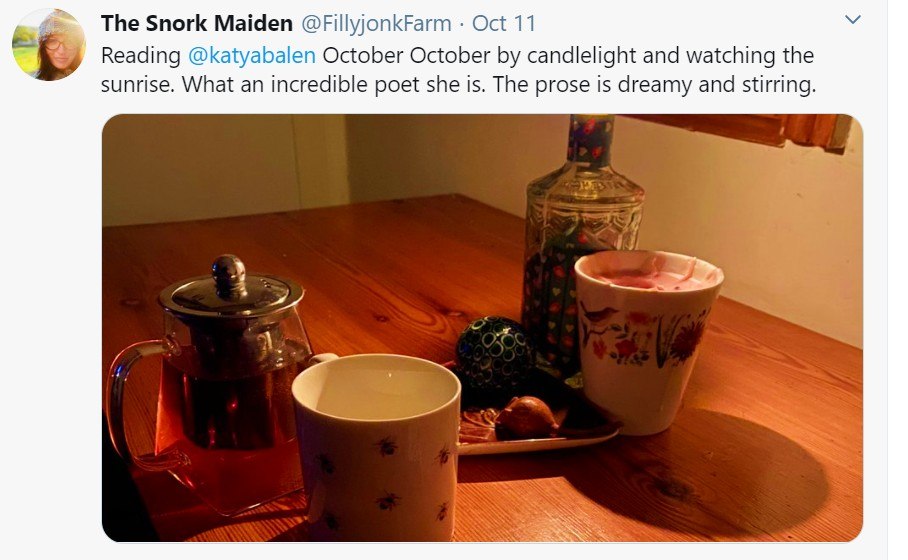 Katya actually won the coveted Times Children’s Book of the Week for October, October, displacing the previous incumbent – herself. The week before the paperback edition of her heartbreaking debut, The Space We’re In – now sold in multiple territories, nominated for the Carnegie, and under film option – had been the pick.

Has anyone before scored two in a row?!

FBA itself has scored three in the past six weeks, though, because our next book also scooped it…

Natasha Farrant – Voyage of the Sparrowhawk

This sensational middle-grade standalone follows an epic voyage from England to France in the aftermath of WW1, from the bestselling author of The Children of Castle Rock.

After the Great War, everyone is trying to rebuild their lives. If Ben is to avoid being sent back to the orphanage, he needs to find his brother Sam, wounded in action and now missing. Lotti’s horrible aunt and uncle want to send her away to boarding-school (when she has just so successfully managed to get expelled from her last one!) And Clara, their young teacher, is waiting desperately for news of her missing fiancé.

Just as they think they’ve found their feet in the new order, disaster strikes, and Lotti and Ben must hatch a plan – to cross the Channel on Ben’s narrowboat and find Sam. And there’s something in France that Lotti is looking for, too…

‘One of the most compelling, joyous, tearjerking and delightful reads of the year.’ The Sunday Times, Children’s Book of the Week

Legend of children’s literature Sally returns with this new series for younger readers, beautifully illustrated by her own equally-talented daughter. The tiny Tindims are like the Borrowers-on-Sea, who turn our everyday trash into treasure, and live on Rubbish Island, which they have built entirely from things we have thrown away.

‘What is rubbish today is treasure tomorrow…’

However, that is not the only Sally Gardner out this year… Yes, you heard us right: A new Sally Gardner. A magical, spellbinding fable for adults…

Back to Children’s… and forward to…

So it turns out the start of next year is looking pretty rosy, too….

Million-copy bestseller Liz Kessler returns with a powerful and heartrending novel for teens and adults alike, a novel about three childhood friends living during the Second World War whose fates are closely intertwined, even when their lives take very different courses.

These three young friends – Leo, Elsa and Max – spend a perfect day together, unaware that around them Europe is descending into a growing darkness, and that events soon mean that they will be cruelly ripped apart from each other. With their lives taking them across Europe – to Germany, England, Prague and Poland – will they ever find their way back to each other? Will they want to?

Inspired by a true story, When the World was Ours is an extraordinary novel that is as important as it is heartbreaking, and shows how the bonds of love, family and friendship allow glimmers of hope to flourish, even in the most hopeless of times. 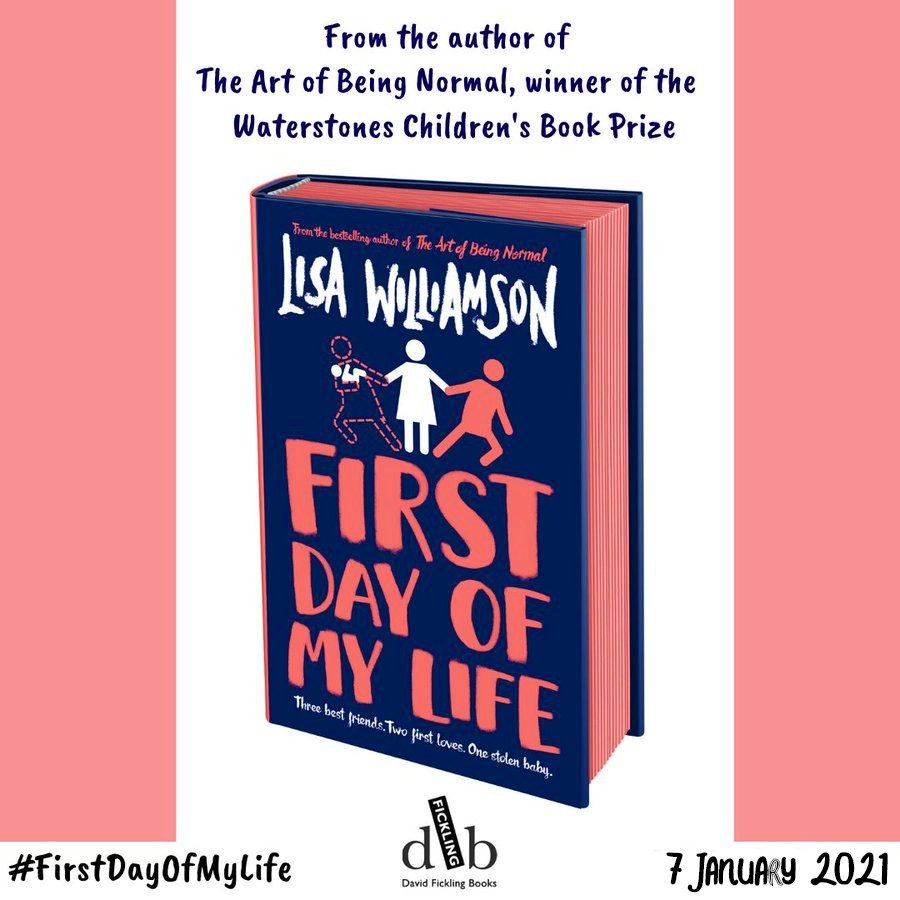 Queen of groundbreaking YA Lisa Williamson returns with an “exquisite” story that Lisa admits is “the most fun I’ve ever had writing a book!”

It’s GCSE results day. Frankie’s best friend, Jojo, is missing. A baby has been stolen. And more than one person has been lying. Frankie’s determined to find out the truth and her ex-boyfriend Ram is the only person who can help her. But they’re both in for a shock…

EVERYTHING is about to change.

There are three sides to every story…