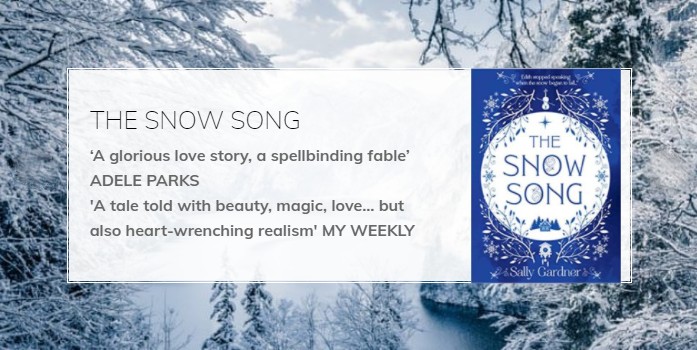 Although primarily known as a bestselling children’s author – the magical mind behind such classics as (Costa-winning) Maggot Moon, I, Coriander, and Invisible in a Bright Light (recently nominated for the Carnegie along with two other FBA titles) – Sally Gardner also writes novels for adults… the “irresistible” (Guardian) An Almond for a Parrot, under the pen name Wray Delaney, and now… 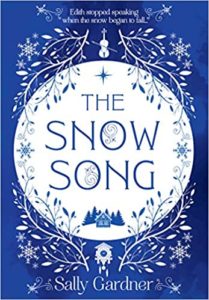 ‘It’s fabulous, we should all have copies’ Simon Mayo

Perched on a mountain in a land of ancient forests is a village, rife with secrets. Cut off from the outside world it is run by the elders, men to whom tradition is all.

Edith lives alone with her alcoholic father who is forcing her to marry the village butcher. But she is in love with a shepherd who promised to return to her.

As the village becomes isolated in a sea of snow, Edith loses her power of speech. And it is this enchantment that will have far-reaching consequences, not only for Edith but for the whole village.

This heartrending, brilliantly written novel is the most original Snow Book for years (we’re creating a genre, go with us here – think classics like The Snow Child… Snow by Orhan Pamuk… Elmer in the Snow…)

Perfect for Christmas, you can buy THE SNOW SONG at a discount and support independent bookshops at the same time by clicking here (just as you can for any of the titles mentioned above). And trust us when we say that this is one you’ll return to year after year, as the weather turns wintry and you need that little bit of magic…