Taking Up Space in The Good State 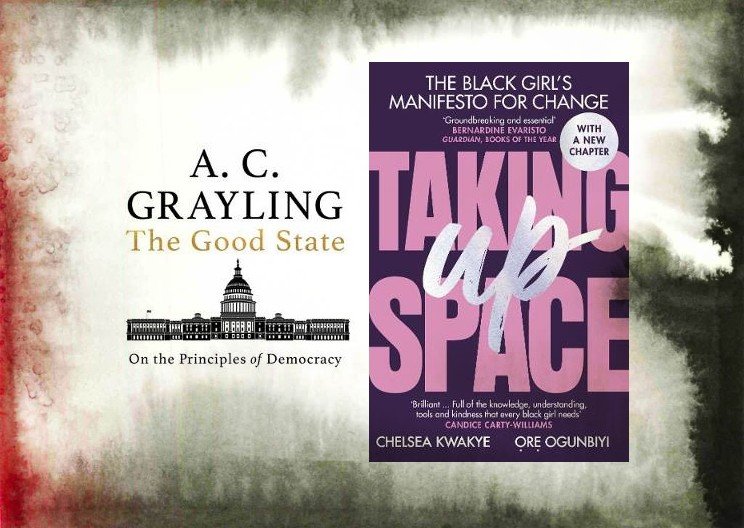 An exciting day for us at FBA as we see not just the new book from A.C. Grayling, but also the paperback release of Taking Up Space: The Black Girl’s Manifesto for Change.

A.C. Grayling was born in Zambia, raised in Malawi, and settled on his vocation at age fourteen, after reading G. H. Lewes’s Biographical History of Philosophy. He gained his doctorate at Magdalen College, Oxford, and taught at St Anne’s and Birkbeck before becoming the founder and master of the New College of the Humanities.  He has received many honorary doctorates and accolades in his increasingly prominent role as one of Britain’s foremost public intellectuals, and has published numerous books, both academic and trade, including The History of Philosophy, The Age of Genius, The Mystery of Things, and Democracy and Its Crisis.

His new work, The Good State, argues that foundations upon which our democracies stand are inherently flawed, vulnerable to corrosion from within. What is the remedy? In this wise, clear-eyed book, Grayling makes the case for a consistent, principled and written constitution, and sets out the reforms necessary – among them addressing the imbalance of power between government and Parliament, imposing fixed terms for MPs, introducing proportional representation and lowering the voting age to 16 (the age at which you can marry, gamble, join the army and must pay taxes if you work) – to ensure the intentions of such a constitution could not be subverted or ignored. As democracies around the world show signs of decay, the issue of what makes a good state, one that is democratic in the fullest sense of the word, could not be more important, and he will be talking about the matter at the Oxford Literary Festival on Saturday, 4th April at the Sheldonian Theatre. 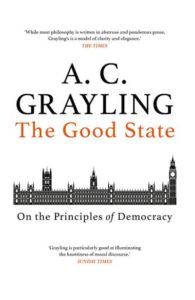 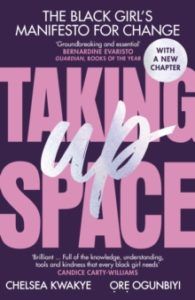 Our other book published today, by two far younger but equally inspiring writers, Chelsea Kwakye and Ore Ogunbiyi, is the long-awaited paperback release of Taking Up Space, with a brand new added chapter. Chelsea and Ore were students at Cambridge when they noticed they were often the only women of colour in their classes – or often in their whole year. Motivated to change the system to help other minorities get into a historically white upper-class arena, they wrote Taking Up Space, which – repped by Carrie Plitt – became the 2019 flagship release of Stormzy’s groundbreaking new imprint, Merky Books, and attracted praise from luminaries such as Bernadine Evaristo and Paula Akpan.

Both Chelsea and Ore are doing many talks and events over the coming months, including at Cambridge Library and the Women of the World festival. Full detail can be found at the Taking Up Space website here: https://www.takingupspace.co.uk/events-1.  The paperback release is sure to generate a raft of interest, coming off the back of the news that Sid Gentle films, the company behind Killing Eve and ITV’s The Durrells, have optioned the book for a multi-part drama series.

You can buy both books, as always with discount and free postage, by clicking the covers above.

Exciting news! 🍲 🧑‍🍳 The @janegrigsontrust Award 2023 is now open for entries and will be judged by @chetnamakan, @jimfamished, @jeremyleeqv and Linda Challis with @don_occ chairing.

Now in its eighth year, the £2000 Jane Grigson Trust Award is made to a writer new to food and drink writing whose book has already been commissioned by a publishing house but has not yet been published.