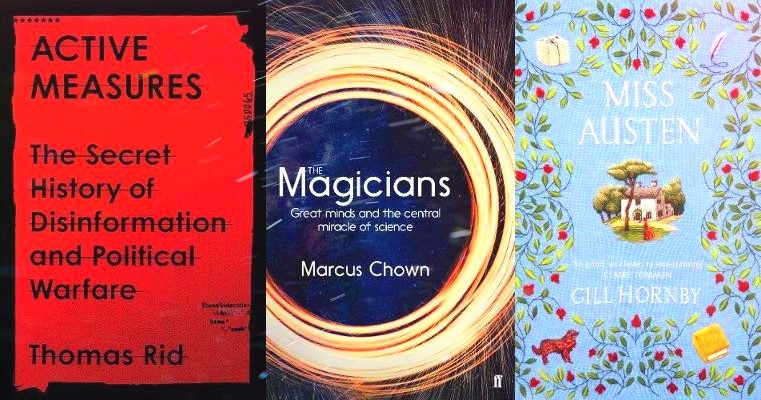 Everyone is back to work, your overflowing recycling bin has finally been emptied, and you’ve (hopefully) polished off the last of the now-slightly-stale mince pies… yes, it’s the first week of the new year, and what else can that mean but lists of 2020’s upcoming literary highlights?  SPOILERS: every single newspaper piece contains at least one mention of Maggie O’Farrell’s Hamnet and the final book in some Tudor trilogy (can’t really remember who wrote them, did they win a prize or something at some point?)

Anyway, our job is not to fill you in on obscure Sixteenth Century sequels but draw your attention to our own titles that feature in such lists, and we start with the FT and their alliteratively-cheery Titles For Turbulent Times (we would argue, but the first time we logged into Twitter this year the trending topics were “Trump”, “Iran”, and “World War III”, so perhaps turbulent is in fact something of an understatement).

And so where else to start but Politics, where the FT highlights “expert on technology and security” Thomas Rid’s Active Measures, coming from Profile in April, and presenting a compelling perspective on how our world will be reshaped by tracing the history of disinformation and its impact, past, present and future, on our politics and democracy.  In the Science section, Marcus Chown gets a mention for his wondrous The Magicians, upcoming in February from Faber & Faber, and sure to get a better reception than T.S. Eliot’s recently released posthumous explanation of why he wrote hundreds of love letters to drama teacher Emily Hale while still married to his first wife.

And finally, in the fiction section, Gill Hornby’s retelling of Cassandra Austen’s real-life destruction of her sister Jane’s letters – a conundrum that has intrigued literary historians for centuries – is put forward as one to watch, just as it was in Stylist Magazine and their 10 Books Everyone Will Be Reading in January 2020…

And the Observer got in on the act too, praising Miss Austen (Century) as the best of a bunch of Janeite novels appearing in 2020 – “Miss Austen delves deep into the author’s interior life – among the novel’s many highlights are a series of letters between the two sisters which Hornby admits she initially worried were something of a “liberty” – yet the year’s other Austen-related novels mine more familiar ground.”

“One of the things that inspired me was that ridiculous notion of, ‘poor Jane, she never found marriage, and those books provided her with an outlet for all her desires’. Really? Did they?” said Hornby. “The reality is that Jane was never going to marry. She had nought pence, was quite difficult, and not the kind of girl who sucked up to a man when he walked into a room. Nor I think did she care about that.”
Hornby was interested in the role Austen’s sister played in allowing the author to write. “Cassandra was Jane’s support system. She had enormous pride and investment in Jane’s work. When they’re living in Chawton, she runs the house and says: ‘You get on with it.’”

Indeed, “One of the things that drew me to Gill’s novel was the way in which she presents Jane through the prism of Cassandra,” said Hornby’s editor Selina Walker. “She makes a very good case for the notion that if it wasn’t for Cassandra, then there wouldn’t be any books, and that attracted me.”

Miss Austen comes out in a fortnight, though of course you can pre-order it now, as many people seem to be doing already, with a couple of other books that may or may not have already been mentioned… 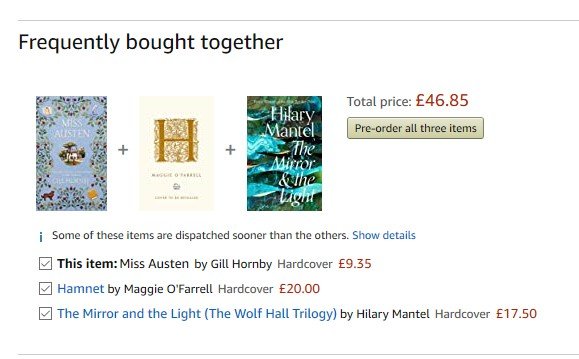