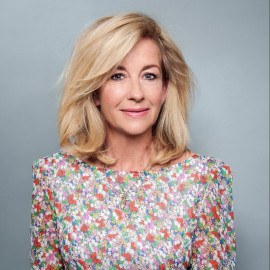 Gill is a journalist whose debut novel, The Hive, sold to Little, Brown UK in a heated auction. US rights were pre-empted by Reagan Arthur Books. It’s about a group of women who meet at the school gates each day and – under the guise of the school’s charity committee – scheme, support, compete and jostle for position in their unspoken but fiercely run hierarchy. The book was published in the UK in May 2013 and went straight into the top ten bestseller list. Gill’s second novel, All Together Now, was published in June 2015 — the Daily Telegraph described it as ‘a sparkling comedy of manners’.

In January 2020 her first foray in historical fiction, Miss Austen, was published to critical acclaim and instant anticipation, appearing on many ‘Books to Watch in 2020’ lists and receiving glowing reviews in the national papers. Called ‘pitch perfect’ by Kirsty Wark and ‘deeply imagined and deeply moving’ by Karen Joy Fowler, it retells the life of England’s most famous female novelist from the perspective of her forgotten sister, Cassandra, and examines the real-life mystery of why she burned so many of Jane’s letters, a conundrum which has baffled literary historians for centuries. Miss Austen was a Sunday Times Top Ten Bestseller. It is currently being developed for TV by Baby Cow Productions.

Gill’s Hornby’s Godmersham Park returns to the life of the celebrated Regency novelist with the deeply moving tale of a young governess in the Austen family. It was published by Cornerstone in June 2022, and became a Sunday Times Bestseller shortly after. Waterstones selected the paperback of Godmersham Park as their Fiction Book of the Month for January 2023.