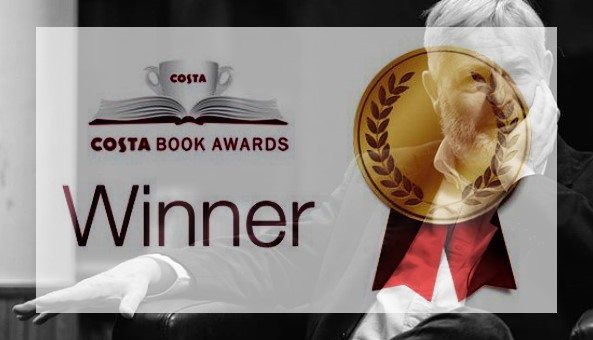 Last year, Jonathan Coe grew a beard.  Since this distinguished chin-growth, he’s been shortlisted for the Prix Fémina and won the Prix du Livre Européen, and now, on Monday night, he added the Costa Best Novel Award to his cabinet.

Some might say this is due to the literary qualities of Middle England, the third in his Rotters’ Club series, and a Sunday Times bestseller.  Indeed, Costa Judge and prize-winning novelist John Boyne advocated this view, saying, “One of the jobs of a novelist is to present humanity, not heroes or villains… and [Coe is] very, very good at analysing both sides – and in such a way that it was also a great story.”

“It’s so funny – and there’s not enough humour in novels,” Boyne continued. “Humour is a great skill and Jonathan’s shown it throughout his career. I think he’s one of Britain’s best novelists and I don’t think he’s got the recognition that he deserves. He’s never been longlisted for the Booker, or shortlisted for the Costa before now, which is bizarre.”

Jonathan himself was delighted, saying, “I couldn’t be more thrilled that Benjamin Trotter and his friends, who I’ve been writing about for almost 20 years, have now been elevated to this distinguished company.”

Jonathan Coe’s agent, Caroline Wood, was equally thrilled.  “The beard worked!” she said. “But on a more serious note, it is wonderful to see Jonathan receive the recognition he so richly deserves.” 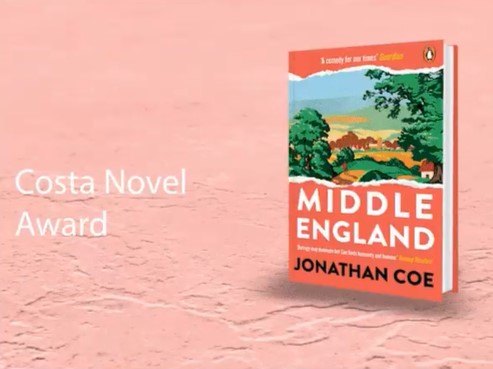 ‘From post-industrial Birmingham to London riots and political gridlock, it takes in family, literature and love in a comedy for our times’ – Guardian

‘A pertinent, entertaining study of a nation in crisis’ – Financial Times, Books of the Year

‘Brilliantly insightful on the times we are living in’ – Mishal Husain, Big Issue, Books of the Year

‘Very funny. Coe – a writer of uncommon decency – reminds us that the way out of this mess is through moderation, through compromise, through that age-old English ability to laugh at ourselves’ – Observer

‘A master of satire.’ – Evening Standard

‘Brilliantly funny, tragicomic. A compelling state of the nation novel, full of light and shade’ – Economist

‘Sublimely good. State of the nation novel to end them all, but also funny, tender, generous, so human and intelligent about age and love as well as politics’ – India Knight

‘An astute, enlightened and enlightening journey into the heart of our current national identity crisis. Both moving and funny. As we’d expect from Coe’ – Ben Elton

‘The great chronicler of Englishness’ – Independent

‘Let me add to the chorus of praise for Middle England. Easily my favourite of his since What a Carve Up! which did for Thatcherism what Middle England does for Brexit’ – John Crace

‘Coe’s comic critique of a divided country dazzles. Properly laugh-out-loud funny. It is also incisive and brilliant about our divided country and the deep chasms revealed by the vote to leave. Do not miss’ The Bookseller

Congratulations, Jonathan! 🥂  A superlative award for a superlative novel.  And please… keep the beard?