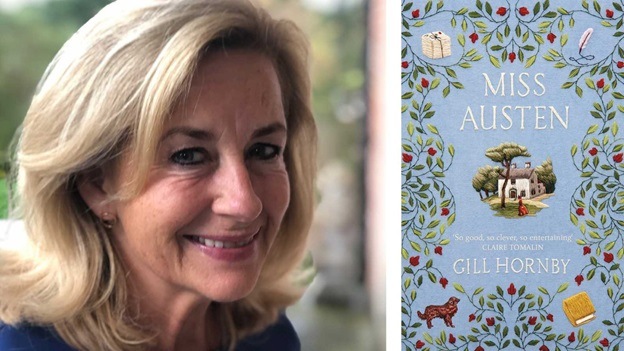 1840: twenty three years after the death of her famous sister Jane, Cassandra Austen returns to the village of Kintbury. She knows that, in some dusty corner of the sprawling vicarage, there is a cache of family letters which hold secrets she is desperate should not be revealed. As Cassandra recalls her youth and her relationship with her brilliant yet complex sister, she pieces together buried truths about Jane’s history, and her own. And she faces a stark choice: should she act to protect Jane’s reputation? Or leave the contents of the letters to go unguarded into posterity…

Based on a literary mystery that has long puzzled biographers and academics, Miss Austen is a wonderfully original and emotionally complex novel about the loves and lives of Cassandra and Jane Austen, and although it’s not officially published until Thursday, over the weekend a number of fantastic reviews from the Saturday and Sunday papers rolled in…

“Without romanticising its period setting or underplaying the precariousness of any woman’s position in this society, it celebrates unexamined lives, sisterhood and virtues such as kindness and loyalty…”

“Gill Hornby in her novel Miss Austen voices the (hitherto) shadowy figure of Cassandra, the villainess of the piece, and makes her flesh and blood…. Hornby is at her best describing the complex bonds between the “excellent women” of her story. She describes the horrors, but also the pleasures, of spinsterhood…”

“Miss Austen is both complicit in and a sly comment on our obsession with the novelist’s life and contested mental state, and it burns, too, with sympathy for the women forced to carve out different sorts of lives at a time when marriage was considered the only index of their worth…”

“A moving, often funny novel. Richly imagined and spryly told, it reinstates overlooked Cassandra as the most important person in Jane’s life, reimagining some of those lost letters as an added bonus…”

“A cleverly observed fictional account of Jane Austen’s relationship with a sibling… The great joy of Miss Austen is that the reader feels immersed in a world that is convincingly Jane’s from the first page… It’s testament to Hornby’s skill, then, that I had to turn to the author’s note at the back to check how many of the letters included here were invented. It’s also extremely funny; figures in Jane’s life who might well have provided models for some of her more bumptious, self-important characters are fleshed out here with a comic relish that feels entirely Austenian… Miss Austen is a novel of great kindness, often unexpectedly moving, with much to say about the status of “invisible” older women. Above all, it’s concerned with the triumph of small acts of goodness; you can’t help feeling that Jane would have approved.”

Congratulations, Gill, Caroline, and every single one of the wonderful team at the publishers – we’re looking forward to raising a glass with you on Thursday! 🥂

In the meantime, if you’d like to pre-order Miss Austen, you can do so online right now at Blackwells, Waterstones, Amazon (or of course pop into the independent bookstore of your choice, many of which may have copies in stock already). And while you’re waiting, please look at this incredible behind-the-scenes video of the creation of Miss Austen’s beautiful hand-stitched cover, by Chloe Giordano: