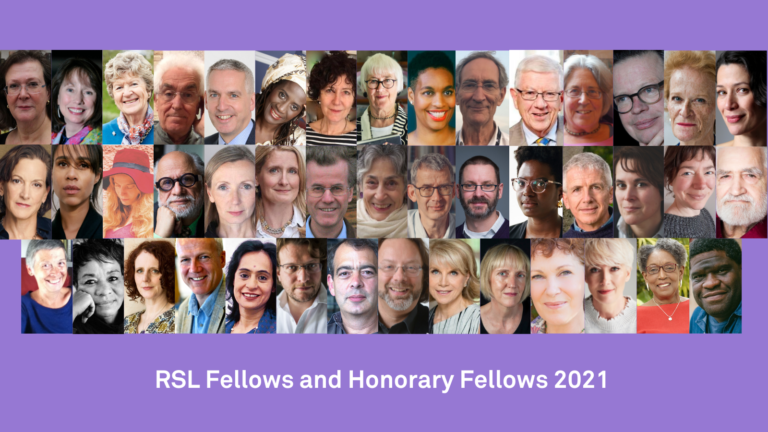 It was announced on Tuesday 6th July that the Royal Society of Literature (RSL), the UK’s charity for the advancement of literature, has appointed 29 new Fellows, including Reni Eddo-Lodge, Will Eaves and Edmund de Waal. Once a year, the RSL elect new Fellows through a process of nomination by existing Fellowship holders, under the criteria that nominees have published at least two substantial works of outstanding literary merit in the United Kingdom.

Reni Eddo-Lodge has been recognised for her award-winning body of journalism and acclaimed debut non-fiction title, Why I’m No Longer Talking to White People About Race, published in 2017. Last year, her book rose to the top spot of the UK’s official non-fiction book charts, making her the first black British author to achieve this. Why I’m No Longer Talking expands on Eddo-Lodge’s 2014 blog post of the same name, exploring black history and examining the links between race, class and gender to enlighten the reader on race relations in the UK today. You can purchase it here. The book has won several prizes including the 2018 Narrative Non-Fiction Book of the Year at the British Book Awards and the 2018 Jhalak Prize. Eddo-Lodge tweeted on Tuesday to describe receiving the Fellowship as ‘an honour’ for which her younger self would have ‘passed out from excitement’ upon hearing.

Will Eaves is a novelist and poet, who worked as an Associate Professor in the Writing Programme at the University of Warwick from 2011–2020. He has written five novels, two books of poetry, and published a volume of literary essays and reviews. His most recent novel, Murmur (2018), tells the story of a protagonist loosely inspired by the famously persecuted mathematician and computer scientist Alan Turing. It won the Wellcome Book Prize in 2019, and has been described by author Anne Michaels as ‘masterful – compassionate, principled, and moving. It is deeply wise, with the aching loneliness of both human indignity and dignity, despair and courage.’ You can order it here.

Edmund de Waal’s bestselling memoir, The Hare with Amber Eyes (2010), and The White Road (2015), his account of visiting three locations invariably important to the history of porcelain, are the two works that have landed him with an RSL Fellowship this year. De Waal is an artist and writer most famous for his large-scale installations of porcelain vessels, which have been displayed in museums worldwide. He was also recently made a CBE for his services to art, following on from the OBE he was awarded in 2011. Letters to Camondo is de Waal’s latest book, published in April of this year, comprising a series of imagined letters to Count Moïse de Camondo, who was the owner of a spectacular Parisian house filled with 18th century French art, which has been turned into a memorial museum for his lost son. Reviews have described the book as ‘unforgettable’ (The Observer), ‘quietly profound’ (The New York Times) and ‘beautifully produced’ (Literary Review). You can order it here.

A huge congratulations is in order for our three talented authors who have worked hard in writing and contributing to phenomenal publishing over the last decade, as well as all others who have been elected as both new and Honorary Fellows this year. We are excited to see what they will produce in the future.