The Tides of Time… and Chasing the Light 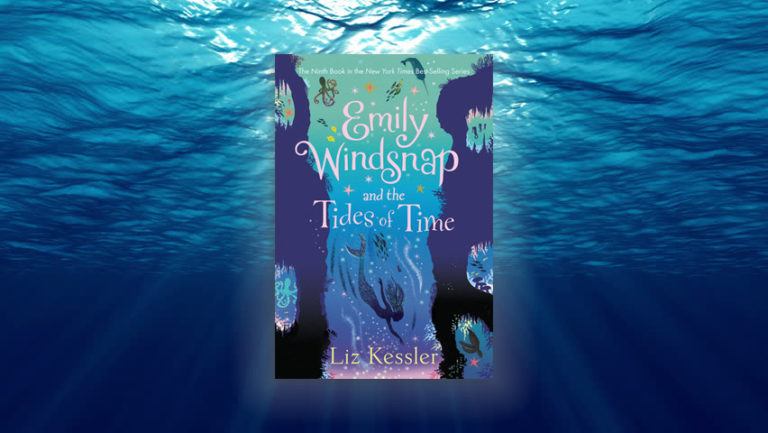 Emily Windsnap, the little girl who lives on a boat with a big secret (spoiler: she’s half-mermaid) has won the hearts of children everywhere, from America to Germany and far, far beyond.  The ninth in the five-million-selling series, Emily Windsnap and the Tides of Time, is released this week, and sees Emily return to Brightport with a new wishing stone to help fix the problems that have occurred on land and on sea. 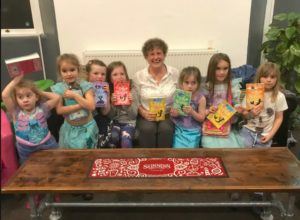 Liz is a wonderful human who loves engaging with her equally passionate and enthusiastic fanbase, and Emily’s success all over the world, particularly in America, means we get a lot of incredibly cute fanmail, much of it covered with drawings of mermaids and various sea-creatures, or covered with glitter and stickers until you can barely see the crayon ❤ 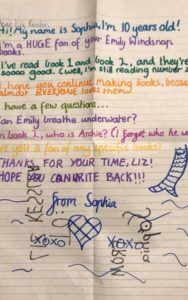 So what next for Liz? Well, Emily has had to take a backseat for a while as Liz worked on her incredible new novel, Chasing the Light–an incredible novel that we can now reveal has been snapped up by Simon & Schuster at auction, who will work with their U.S. colleagues to make it a global publishing event next year.

LIZ: “I am absolutely delighted to be joining Simon & Schuster. This book feels like the most personal and the most important thing I have done and it couldn’t be in better hands.”

Chasing the Light is indeed a very personal story for Liz, based on a true event in her own family’s history, and exploring the idea that small kindnesses and deep friendships can make all the difference in the world, even during the most harrowing of times.

SIMON & SCHUSTER: “We’re truly honoured to bring an author of Liz’s calibre and track record to S&S – especially with such an astonishing and inspirational novel.  It is in no way an overstatement to say this feels like the novel that Liz was born to write and it’s a privilege to publish such an important and extraordinary book.”

We hope that the powerful story of Leo, Elsa and Max will encourage just as many beautiful letters as the tales of Emily Windsnap. 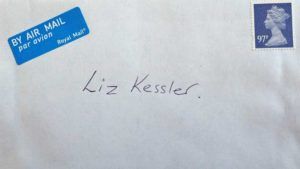