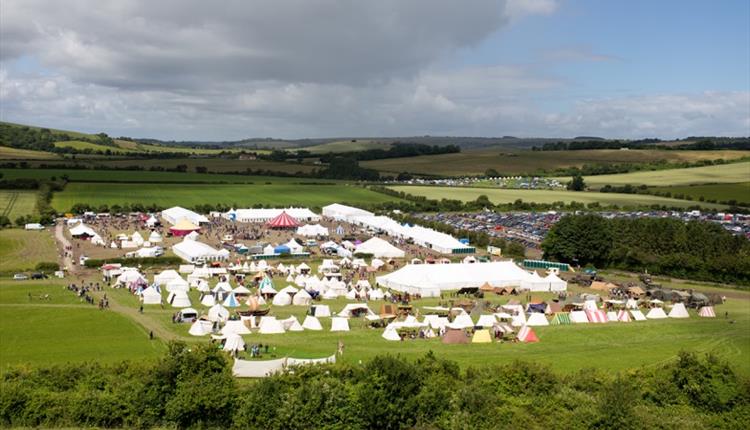 In the heart of the beautiful Wiltshire Chalke Valley, the festival runs from 24th – 30th June 2019. Throughout the week you can expect over 150 talks from eminent historians, TV personalities and experts on a wide range of topics. Many of our authors have been booked to appear. Don’t miss out on a chance to get tickets!

On Tuesday 25th, award-winning travel writer, Nicholas Jubber will reveal how fantasy realms of gods and emperors, dragons and water-maidens, knights and princesses shaped our world: their deep impact on European identity, and their resonance in our turbulent times – EPIC CONTINENT: ADVENTURES IN THE GREAT STORIES OF EUROPE.

Award-winning historian Professor Robert Gildea will argue that terror attacks in London, the recent Windrush scandal and Brexit can be much better understood when we realise that Empire is still with us, in the mind if not in reality, in his talk, EMPIRES OF THE MIND: THE COLONIAL PAST AND THE POLITICS OF THE PRESENT.

Acclaimed historian and broadcaster Michael Wood will tell fascinating tales from our early history; stories of men and women, kings and peasants, of the beginning of English literature and art, and the origins of England. WHY THE ANGLO-SAXONS MATTER.

Professor Jonathan Phillips will bring alive the extraordinary legacy of the Sultan Saladin – THE LIFE AND LEGEND OF THE SULTAN SALADIN -offering a unique prism through which to view the complex world of holy war and the centuries-long struggle for Jerusalem.

On Wednesday 26th, Professor Emma Smith will debunk common perceptions of the Bard in THIS IS SHAKESPEARE and will instead introduce an intellectually, theatrically and ethically exciting writer who treated topics such as individual agency, privacy, politics and celebrity in surprisingly modern ways.

On Thursday 27th, Violet Moller will trace the journey taken by the ideas of three of the greatest scientists of antiquity – Euclid, Galen and Ptolemy – through seven cities and over a thousand years. In tracing these fragile strands of knowledge, Moller will reveal the web of connections between the Islamic world and Christendom. THE MAP OF KNOWLEDGE: HOW CLASSICAL IDEAS WERE LOST AND FOUND.

Professor Anthony Grayling will talk about THE HISTORY OF PHILOSOPHY: from classical antiquity to the present, it is the unending quest for an understanding of reality, truth and value by some of the most creative minds in the world.

On Friday 28th, Julie Summers will give a behind-the-scenes glimpse of life in some of Britain’s greatest country houses that were occupied by people whose needs were at odds with their opulent surroundings  in OUR UNINVITED GUESTS: THE SECRET LIVES OF BRITAIN’S COUNTRY HOUSES 1939-45.

On Saturday 29th, Robert Hutton will expose the astonishing story of the MI5 agent at the heart of Operation Fifth Column, the covert wartime operation to flush out Nazi sympathisers on British soil. AGENT JACK: THE TRUE STORY OF MI5’S SECRET NAZI HUNTER.

To end a fantastic line-up of talks, on Sunday 30th, Peter Frankopan will move through time and history sewing together the threads from different peoples, empires and continents into a phenomenal history of the globe. For children and adults, this extraordinary story about how the east married the west has a remarkable voyage at its heart – the journey along the Silk Roads. THE SILK ROADS FOR CHILDREN.