Roderick Beaton Wins the 2021 Runciman for His Book Greece 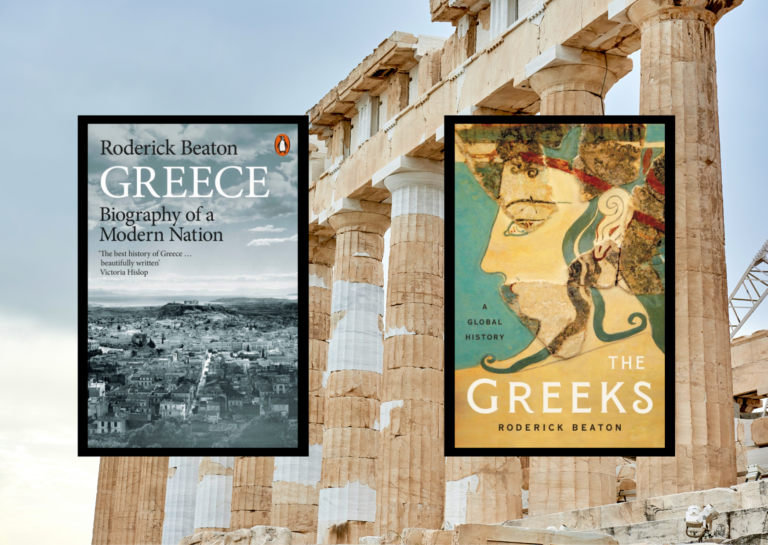 Roderick Beaton has made history as the first person to ever win the Anglo-Hellenic League Runciman Award four times. In an online ceremony last Thursday, Beaton was announced to be this year’s winner for his book Greece: Biography of a Modern Nation, which was published by Allen Lane in 2019.

The Runciman Award began in 1986 as an initiative of Earl Jellicoe and is awarded to the best book written in English from the previous year on Greece or some aspect of the Hellenic scene. The aim of the prize is to stimulate interest in Greek history and culture from the earliest times to the present; to reward and encourage good and accessible writing; and to promote a wider knowledge and understanding of Greece’s contribution to civilization and culture.

‘We were lucky enough to read some breath-takingly good books this year – including many that are both brave and ambitious, including re-tellings of stories that are well-known and investigations of real originality about topics rarely, if ever, looked at. Roddy Beaton’s book is a combination of all these qualities. It is not easy to write broad history for a wide readership, and to do so well takes real skill’

From 1988 to his retirement in 2018, Roderick Beaton worked as Koraes Professor of Modern Greek and Byzantine History, Language and Culture at King’s College London. Greece was also shortlisted for the Cundill History Prize 2020 and named a Financial Times Book of the Year. You can order it here. Beaton’ next book, The Greeks: A Global History, will be published in Autumn 2021 by Faber in the UK and Basic Books in the US.