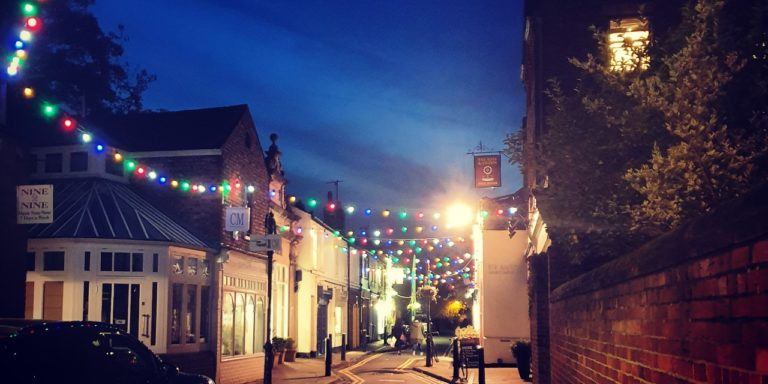 The clocks have run backwards and All Hallows’ Eve is almost upon us, so this month we’ve decided to question the FBA offices about the scariest books ever written. But first, what’s been happening in October? Well, across the country, an F word has been on everyone’s lips, but in the book world that F stands for something quite different. The Frankfurter Buchmesse is the world’s largest book fair, and a standout week in the publishing year. And for us it was a double cause for celebration, as on top of all the great deals, productive meetings, and insightful conversations, this year it also coincided with Felicity’s birthday. Cards were opened and happy returns were wished, though disaster almost struck when it transpired that the bottle of bubbly picked up from the nearby store needed to be genuinely uncorked, rather than relying on the traditional twist-and-pop-and-hope-you-don’t-shatter-a-lightbulb method. Crisis was averted through the quick work of Caroline, but in future, a corkscrew will be going into the Frankfurt pack, along with the detailed schedules, glossy book covers, and all-important blu-tac. 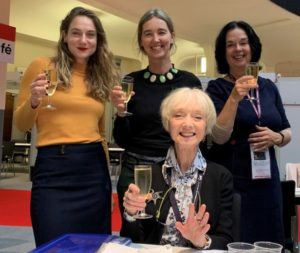 Going back to great deals, however, October’s highlight was undoubtedly Conversations on Love. Natasha Lunn’s book is based on her popular newsletter investigating love in all its forms, beautiful and terrifying, via interviews with luminaries such as Hilary Mantel and Alain de Botton, among others. After a scarily-hot sixteen-way auction, Isabel Wall at Viking bought the UK rights for a significant sum, with a subsequent US deal also reaching six figures.

But we can delay no longer. Let’s throw open the (creaky) floor… what books have left the FBA team quivering under the bedsheets?

Alice: I read The Turn of the Screw on my summer holiday this year – we were staying in a house with large windows that gazed out onto woodland, and I had to do my best not to peek when I walked past and it was getting dark!

Catherine: Gollum definitely kept me awake at night when I was 9 and I have avoided watery caves and Tolkien ever since. ‘Oh Whistle, And I’ll Come To You, My Lad’ by M. R. James still haunts me, especially when I go to the Suffolk coast and glimpse spectral figures in the gloom. And, just remembered… Daphne du Maurier’s Rebecca, which I stayed up to read late at night in a lonely Devon cottage while my baby daughter slept in the room above and I heard slow footsteps moving down the hallway towards her room… she was fine, but I was terrified.

Carrie: Well, now I feel I should pick Coraline, by Neil Gaiman…

Sally: When I was six I was given a copy of the original Alice in Wonderland, complete with drawings by Sir John Tenniel. It wasn’t the words that terrified me, it was those drawings.  They are so creepy!  More recently, though, I read Michael Wolff’s Fire and Fury: Inside the Trump White House.   To think that man is in charge of the free world – now that’s truly scary.