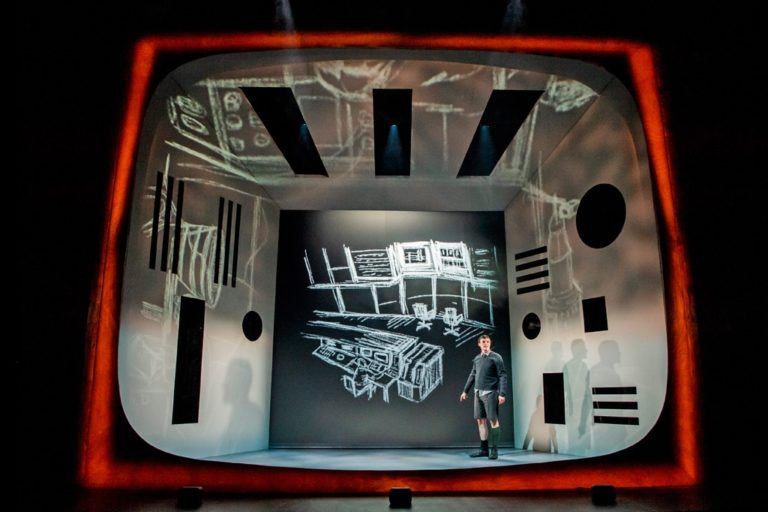 It’s a Thursday evening and we are in for a treat—off to the bright lights and bustle of Southwark and the brilliant Unicorn Theatre, nestling in the lee of the glittering Shard. The foyer is full of schoolchildren still in uniform – as well as teachers, reviewers, and general punters – and the buzz is palpable. Sally Gardner is here to see how her Costa and Carnegie Medal-winning novel Maggot Moon has been adapted for the stage—a little apprehensive, as any author would be. But in the auditorium, as the audience settles, and James Newton begins his virtuoso performance as 15-year-old Standish Treadwell, we are all swept up into an immersive dystopian Motherland of 1956, brought thrillingly to life with light, sound, animation and live drawing on the white backdrop. And when the final darkness descends on Standish and his beloved friend Hector, played movingly by James Day, the audience claps and hoots and whistles. It’s a huge success; hats off to Jemma Kennedy, who adapted the book for the stage, and the director Jesse Jones, who together have allowed audiences into the head and heart of one of the most memorable narrators of recent times.

Maggot Moon is running at the Unicorn Theatre until the 27th of October.  Click here to book tickets and here to read Jemma Kennedy’s thoughts on adapting the novel on BroadwayWorld.