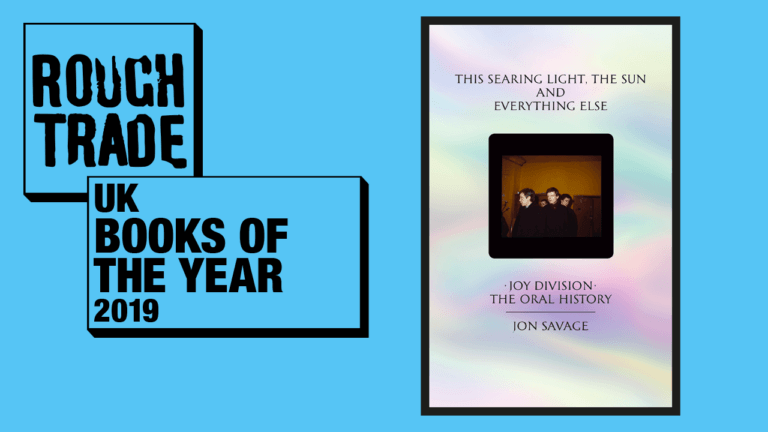 Jon’s “definitive” (Mojo, Five Stars) and “extraordinary” (Nicholas Lezard) biography of Joy Division, one of the twentieth century’s most influential rock bands, has been named Rough Trade’s UK Book of the Year, a few months after it hit the Sunday Times Bestseller list.

Rough Trade said: “In This Searing Light, the Sun, and Everything Else, Savage has assembled three decades worth of interviews with the principle players. It is the story of how a band resurrected a city, how they came together in circumstances that are both accidental and extraordinary, and how their music galvanised a generation of fans, artists and musicians. It is a story – a classic story – of how young men armed with electric guitars and good taste in literature can change the world with four chords and three-and-a-half minutes of music. And it is the story of how illness and demons can rob the world of a shamanic lead singer and visionary lyricist… all orchestrated by the lodestar of British music writing, Jon Savage.”

And the recent accolades for Jon’s work don’t stop there, with his seminal history of adolescence through the beginnings of the twentieth century, Teenage, making the David Bowie Book Club’s Bowie’s 100 – one hundred books that changed the late musician’s – and voracious reader’s – life. 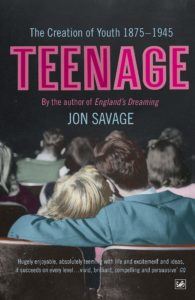 Signed editions of Jon’s Oral History of Joy Division are available now from Rough Trade, complete with limited edition print, but hurry!  With Christmas on the way, they’ll be snapped up in a flash of searing light.