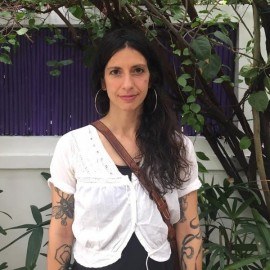 Melody Razak is a British -Iranian fiction writer from London, with an MA in Creative Writing from Birkbeck. Before she started writing, she owned treacle&co, a cafe in Brighton and more recently worked in the kitchens of Honey and Co in London as a pastry chef.

Melody’s debut novel, Moth, tells the heart-rending story of a Brahmin family living in 1940’s Delhi during India’s Independence and subsequent Partition.  It explores the impact of disproportionate violence on the lives of the women who carry so much of the emotional labour during times of political unrest.  It probes the structures of an already fractious society, examines who the ‘other’ is, and what it means to be free.  It looks too at the domestic sphere, at different types of love and is ultimately a celebration of the human spirit.

UK & Commonwealth rights sold at auction to Weidenfeld & Nicolson, for publication in June 2021. Melody was selected as one of the Observer‘s ‘Ten Debut Novelists’ of 2021 and as one of Harper’s Bazaar‘s ‘Five Debut Female Authors to Read This Summer’. Moth was longlisted for the Authors’ Club Best First Novel Award 2022 and the Desmond Elliott Prize. 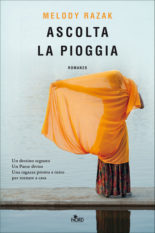 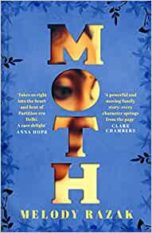