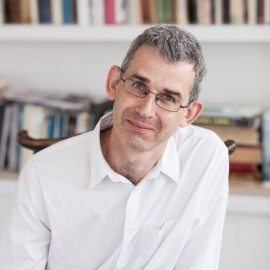 Edmund de Waal is an artist and writer. Born in 1964, he is best known for his large-scale installations of porcelain vessels. His work has been exhibited throughout the UK and internationally, with recent exhibitions at Artipleag, Stockholm, Kunsthistorisches Museum, Vienna, Kunsthaus, Graz, Galerie Max Hetzler, Berlin, Gagosian Gallery, Beverley Hills and New York and the Royal Academy in London. His work can be found in numerous public collections worldwide.

He has been widely published. His family memoir, The Hare with Amber Eyes (Vintage, 2010), has won many literary awards and is an international bestseller, with editions published in 29 languages.

His second book, The White Road, was published in 2015 by Vintage. The same year he was awarded the prestigious Windham-Campbell Prize for non-fiction by Yale University. De Waal was made an OBE for his services to art in 2011. He is on the Advisory Committee for The Royal Mint and is a Trustee for The Saturday Club and the Victoria and Albert Museum.

His new book, Letters to Camondo, was published by Chatto in April 2021 and shortlisted for the 2022 Wingate Literary Prize. 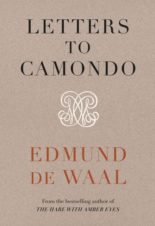