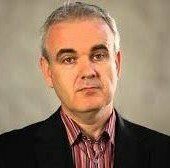 Colm is Executive Director of Amnesty International in Ireland and The Irish Examiner‘s Food Columnist. He has made two documentaries for the BBC: ‘Suing the Pope’ and ‘Sex Crimes and the Vatican’ for Panorama. He is a well-known figure in the Irish media and has received numerous awards for his campaigning and charity work. Hodder bought World English language rights to his memoir Beyond Belief, which recounts his experience of sexual abuse by a priest, Father Sean Fortune, and his battle to force the Church to admit to its knowledge and cover-up of this abuse. The book was published in May 2009 and went straight to No. 1 in Ireland.