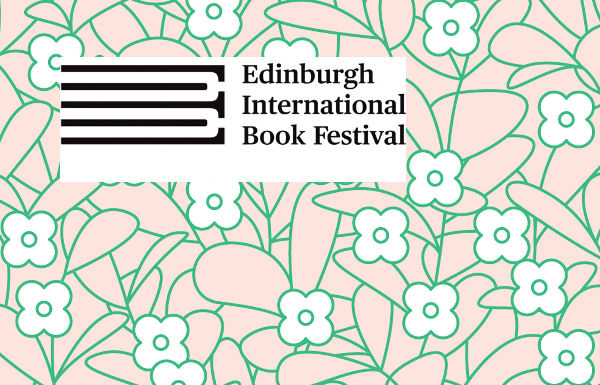 In an era of contradiction and division the 2019 Edinburgh International Book Festival invites authors and audiences to find new stories to give meaning to the world.  Running from 10-26th August, the 2019 programme brings together writers from all over the world for the most international gathering in the Festival’s history to participate in a series of conversations, debates, workshops and performances to champion their stories. Here is what our authors will be up to over the fortnight.

Journey into the heart of European history, from Old Norse sagas to Homeric epics, with Nicholas Jubber and medievalist, Eleanor Rosamund Barraclough. EPIC CONTINENT considers some of Europe’s famous ancient and medieval poems, charting their influence on the modern age.

James Barr will talk to former BBC special correspondent Allan Little about LORDS OF THE DESERT, in which he charts the 25 year struggle between the US and Britain to control the Middle East. Barr steers a fascinating path through the 1953 CIA-MI5 coup to overthrow Mossadegh in Iran, and the Suez crisis of 1956.

Eleanor Updale will chair the ‘No Homework Reading Group’ where she will read a selection of prose and poetry associated with this year’s Festival themes. The texts discussed may come from any era or genre, feature famous or unknown writes, and will be sure to surprise and delight. Updale will also chair two more of these workshops on Wednesday 21st and Saturday 24th August.

Will Eaves will be taking part in a special James Tait Black Prize and the University of Edinburgh’s Massive Open Online Course on ‘How to Read a Novel’ event. He will be joined by fellow Prize-shortlisted author Jessie Greengrass and MOOC course author Dr Alexandra Lawrie for a discussion ranging from plot and setting to character development. MURMUR

Lindsey Hilsum will be taking part in the Amnesty International Imprisoned Writers Series: Fighting for Press Freedom. Together with Lynsey Addario, she will pay tribute to journalists who took the risk to publish in countries that regularly imprison, torture or assassinate people who attempt to report and comment on daily life, government and politics. Both will also be taking part in a separate event chaired by Allan Little entitled ‘The Cost of War’. IN EXTREMIS: THE LIFE OF WAR CORRESPONDENT MARIE COLVIN

Sue Prideaux will chat to Stuart Kelly, literary editor of The Scotsman, about I AM DYNAMITE! A LIFE OF FRIEDRICH NIETZSCHE. In her latest biography, Prideaux takes a figure who has at times been symbolic for the left and right and questions whether his ideas have been wildly misunderstood by both, looking beyond the legends to get at the real man.

The UK’s longest-running literary prizes are awarded at a special centenary event as Sally Magnusson hosts a celebration of the best works of fiction and biography. Shortlisted authors include Will Eaves, Jessie Greengrass, Olivia Laing, Nafissa Thompson-Spires, Lindsey Hilsum, Susannah Walker and Edward Wilson-Lee. The authors take to the stage to discuss their books and a new creative writing prize will be presented to mark the 100th anniversary of the annual prizes awarded by the University of Edinburgh.

Award-winning author of THE ART OF BEING NORMAL, Lisa Williamson will be talking about her new novel PAPER AVALANCHE with Brian Conaghan, author of The Weight of a Thousand Feathers and The M-Word, about capturing the voice of closed-off teenagers in what promises to be a tender, enlightening conversation about grief, resilience and hope.

Diarmaid Macculloch will discuss THOMAS CROMWELL: A LIFE, in which he presents the most complete and surprising picture of the notorious fixer. The professor of the History of the Church at Oxford read every paper in the Cromwell archive to inform the insights he will share during the talk.

Sally Gardner will join fellow authors Alex Wheatle and Tom Palmer to discuss how short fiction can be a creative way of getting more children reading enthusiastically, including those with dyslexia or visual stress. MR TIGER, BETSY AND THE SEA DRAGON

Ian Robertson will be chatting to Scottish rugby star Doddie Weir about his remarkable life on and off the pitch, including his latest challenge: a Motor Neurone Disease diagnosis.

‘David Goldblatt is not merely the best football historian writing today, he is possibly the best there has ever been.’ So said the Sunday Times’s Dominic Sandbrook about the author of THE AGE OF FOOTBALL, a breathtaking new tome on the beautiful game which charts its rise from humble beginnings to a global cultural, economic and political force. Join him as he speaks about the past and future of the game.

Karen Armstrong will discuss her new book THE LOST ART OF SCRIPTURE with Scottish writer and cleric Richard Holloway. She will put forth the argument that the misreading of holy text is the root cause of today’s controversies and carnage.

A C Grayling has produced a brilliantly readable and authoritative survey of his discipline – the first in a generation. THE HISTORY OF PHILOSOPHY is a landmark tome, bringing western and eastern thought together and charting a path from Buddha and Confucius through the Enlightenment to philosophers writing now. In his talk, Grayling will explore the legacy of what we’ve learnt.

Join David Almond and the Society of Children’s Book Writers and Illustrators for a frank discussion about sustaining a writing career in a hugely competitive environment. Together with Lauren James, he will discuss the highs and the lows of his career. Almond will also appear at a separate event on Saturday 24th August where he will read from his vivid new story about the end of the First World War, with elegant live drawing from illustrator David Litchfield.

After a hugely successful debut novel which harnessed exquisite storytelling and a gorgeous evocation of wartime Arran, Kirsty Wark returns with THE HOUSE BY THE LOCH, a family mystery set on the shores of Loch Doon. She will discuss the novel, and prove she knows the difference between fiction and fake news, with Jane Fowler. Wark will also be chairing a discussion with Pulitzer Prize winner Colson Whitehead on Sunday 25th August.

Much-loved Little Princess illustrator Tony Ross and award-winning children’s author Jeanne Willis have teamed up on #Goldilocks, a witty look at the dangers of social media. The third in their series of hilarious cautionary tales for young internet whizz-kids reimagines Goldilocks as a vlogging superstar. Tony and Jeanne host a lively event perfect for introducing little ones to online safety.

Ursula Buchan will chat to British journalist and broadcaster Sheena McDonald about her grandfather John Buchan, the man raised by a Free Church minister father who went on to help pioneer the modern thriller. BEYOND THE THIRTY-NINE STEPS: A LIFE OF JOHN BUCHAN