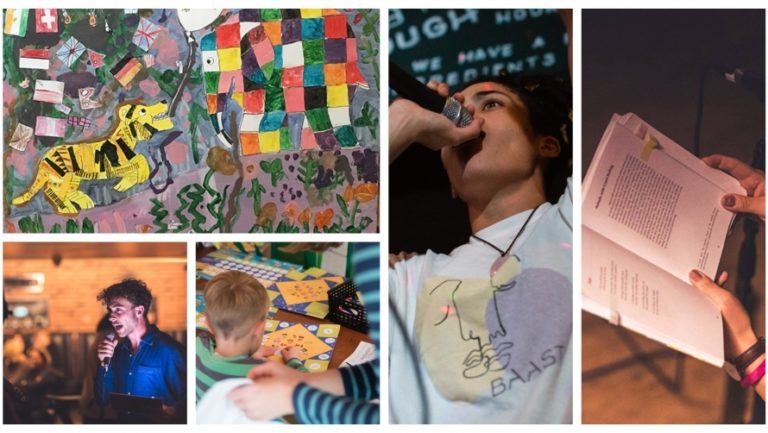 The world’s oldest literature festival turns 70 this year, and we must say, it’s looking sprightlier than ever!  As always, an array of our authors are set to appear, speaking on subjects that range from the history of philosophy to the future of feminism, from family secrets to the nature of reading itself.

Dan Richards joins Philip Marsden to discuss their books—in Dan’s case the wonderful Outpost—and talk about fulfilling life-long travel ambitions and why, despite everything, we remain irrepressibly drawn to the wild.

AC Grayling takes to the stage at the Garden Theatre to journey through a vast philosophical history of both western and eastern traditions, from Buddha, Confucius and Socrates to Mill, Nietzsche and Sartre.

We often take reading for granted, yet we remain some way off attaining literacy for the global human population. Belinda Jack explores the fascinating history of reading in two free talks at the Huddle venue.

The subject of Lindsey’s acclaimed biography, Marie Colvin reported from the most dangerous places in the world, bearing witness to the horrors of war and ultimately dying in the pursuit of truth after being smuggled into Syria in 2012. Lindsey Hilsum joins war photographer Paul Conroy in the Town Hall to reflect upon the extraordinary life and tragic death of a daring war reporter who defied convention.

Kirsty Wark’s first novel The Legacy of Elizabeth Pringle became a bestseller, and her follow-up, The House by the Loch, inspired by her own childhood and her late father, has garnered equally impressive reviews. She joins former Blue Peter presenter Ellis at the Garden Theatre to discuss moving from broadcasting to writing, as well as the themes of family secrets and inter-generational relationships that their novels share.

Jenny Downham, fresh from new novel Furious Thing, talks with Laura Bates and Holly Bourne about the pressures of growing up and what it means to be a young woman today. Discussing subjects like trial by social media, misogyny, toxic relationships and slut shaming, all three women’s books challenge sexism and empower young people to fight for equality.

You can book your tickets, as well as browsing the rest of this year’s delights, at: www.cheltenhamfestivals.com/literature