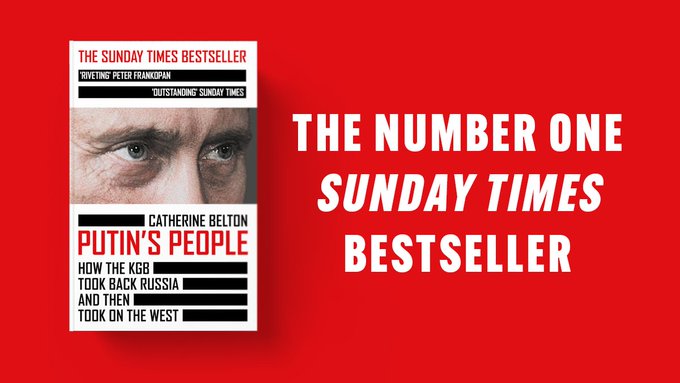 We are so proud of Catherine Belton, who has been made an MBE in King Charles III’s first New Year’s Honours list for her services to journalism.

Belton was previously the Moscow Correspondent for the Financial Times, worked as an investigative correspondent for Reuters, and now reports on Russia for the Washington Post. Her first book, Putin’s People: How the KGB Took Back Russia and Then Took on the West (William Collins), was targeted by intimidating libel suits from wealthy Russian oligarchs, most prominently Chelsea FC owner Roman Abramovich. In the aftermath Belton and her publisher Arabella Pike campaigned for the Government to introduce an anti-SLAPP law to better protect journalists and hold the powerful to account.

Through exclusive interviews with key inside players, Putin’s People provides a chilling and revelatory expose of the KGB’s renaissance, Putin’s rise to power, and how Russian black cash is subverting the world. Putin’s People became a No. 1 Sunday Times bestseller, was shortlisted for the 2021 Pushkin House Prize, and chosen as a Book of the Year by The Times, The Telegraph, The Economist, The Financial Times, and the New Statesman

Congratulations to Catherine on this extraordinary achievement.

You can buy a copy of Putin’s People here.