Catch up on Damon Galgut, Edmund de Waal and Liz Kessler at the Edinburgh Book Festival

After three inspiring and exciting weeks, the curtains have closed on the 2021 Edinburgh Book Festival, which hosted its first spectacularly successful hybrid programme of live events accompanied by on-demand catch up. We were over the moon that three of our authors formed part of this year’s line-up: acclaimed ceramicist and writer Edmund de Waal, Booker Prize longlisted novelist Damon Galgut, and YA author Liz Kessler. Online audiences can now catch up on all these events for free on the Edinburgh Book Festival website, with the option to support the sustainability of the festival by making a donation. 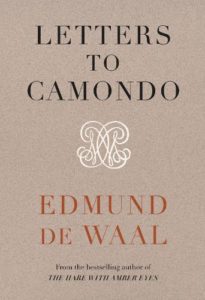 Edmund de Waal: Objects of Desire. The first FBA author to take the Edinburgh stage this year was Edmund de Waal. De Waal discusses the figure behind his latest book, Letters to Camondo: a grieving father, who lived next door to Edmund de Waal’s forbears, and who created a spectacular house filled with artistic treasures in memory of his son. When thinking about the collection and the people who amassed it, De Waal finds himself writing missives to the grieving father, Count Moise de Camondo, as a way of interpreting the family’s treasures and uncovering new layers to the Camondo story. This deeply moving and enriching talk sees De Waal explain his fascination with the objects in the Camondo museum – and why they also reveal much about his own personal and cultural history. 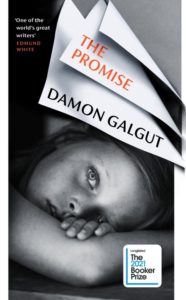 Damon Galgut: Ghosts of Apartheid. South African writer Damon Galgut also formed part of the line-up this year and is interviewed by the Guardian’s associate editor for culture, Claire Armitstead. His most recent book, The Promise, is set amid the seismic rumbles of a changing South Africa in the last years of the morally bankrupt apartheid era. This Booker Prize longlisted novel follows the (mis)fortunes of a white family, the Swarts, whose complacency about the changing South African society is undermined by a long-delayed family promise that their servant, Salome, will be given ownership of the annexe she lives in on their property. Sibling resentments, fecklessness and hypocrisy ensue. 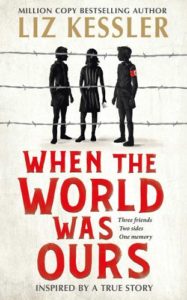 Liz Kessler & Alex Wheatle: Whose Side of History Are You On? Providing some YA and children’s representation this year is Liz Kessler, who gave a talk alongside Alex Wheatle on writing the past from a human perspective and depicting troubling times in history. Alex’s Cane Warriors recounts the brutal uprising of slave plantation workers in 1960’s Jamaica, while Liz’s powerful When the World Was Ours follows three young friends on different sides during the Second World War. An unmissable event to gain insight into the authors’ meticulous research processes and how they handle writing about such emotive topics.