Flood of Awards for Reni Eddo-Lodge 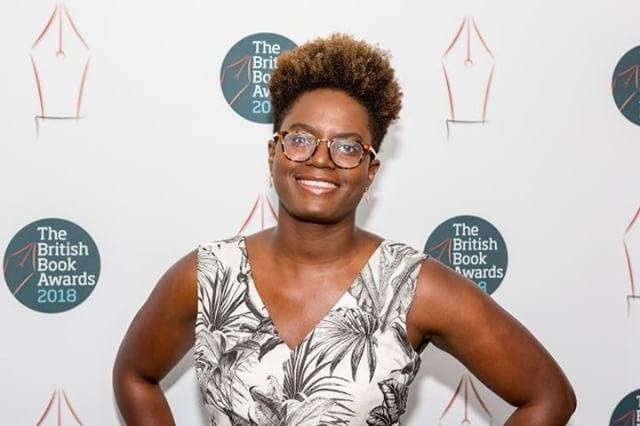 Reni Eddo-Lodge‘s Why I’m No Longer Talking to White People about Race has been in the Sunday Times Top Ten bestseller list for 35 consecutive weeks.

In May Reni won the 2018 British Book Award for a work of Narrative Non-Fiction. The judges described the book as ‘brilliant’ and ‘breathtaking’. Reni received the prestigious award, known as a ‘Nibbie’, at a star-studded awards ceremony in London on Monday 14th May.

The book has also topped a people’s poll of books by women that have changed the world, conducted for Academic Book Week. With 12% of the public vote, Reni’s powerful book edged past other great works by women writers including Virginia Woolf’s A Room of One’s Own and Mary Wollstonecraft’s A Vindication of the Rights of Women, as well as contemporaries like Mary Beard’s Women and Power.

Earlier this year Reni Eddo-Lodge won the 2018 Jhalak Prize for Why I’m No Longer Talking to White People About Race. The judges’ decision was unanimous and the book was described by the judges as “a thunderclap of a book” and “timely and essential, thought-provoking, complex and yet completely accessible. A must read for every Briton”. The Jhalak Prize for Book of the Year by a Writer of Colour is an annual award seeks to celebrate books by British/British resident BAME writers.

Reni was also awarded the Bold Moves Award at the Southbank Centre’s Women of the World (WOW) Women in Creative Industries Awards for her best-selling Why I’m No Longer Talking to White People About Race. The award is for a woman who has taken “daring, bold and ambitious actions, either personally or in their work, which have positively impacted creative form and forged new ways of working”.

Why I’m No Longer Talking to White People About Race was a Sunday Times bestseller, was selected by Emma Watson for her ‘Our Shared Shelf’ book club, was chosen as Foyles Non-Fiction Book of the Year, Blackwell’s Non-Fiction Book of the Year, longlisted for the 2018 Orwell Prize and longlisted for the 2017 Baille Gifford Prize.

‘One of the most important books of 2017’ Nikesh Shukla, editor of The Good Immigrant