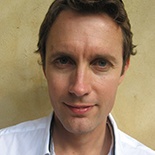 Tom is the author of eight books, including 50 Philosophy Classics (2013), 50 Politics Classics (2015), and 50 Psychology Classics, 2nd edition (2017). Bringing important ideas to a wider audience, the 50 Classics series, now in 23 languages, is based on the idea that every subject or genre will contain at least 50 books that encapsulate its knowledge and wisdom. He is also the editor of a series of self-development classics for Capstone/John Wiley, which includes Napoleon Hill’s Think and Grow Rich, Sun Tzu’s Art of War, Plato’s Republic and Machiavelli’s The Prince. His self-penned book, Never Too Late To be Great (2012) in which he shows why success is rarely instant and true fulfilment comes to those who wait, was published by Virgin Books in the UK and by White Glove in the US.