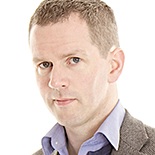 Tim is A. G. Leventis Professor of Greek Culture at the University of Cambridge. His brilliant and original book Battling the Gods (2016) has been the subject of worldwide media attention, and was shortlisted for the Runciman Prize, the PEN Hessell-Tiltman prize and the London Hellenic Prize. It has been described as ‘learned, sweeping and stimulating’ (Tom Holland, The New Statesman), ‘beautifully written and highly persuasive’ (Peter Jones, New Literary Review), and ‘brilliant … illuminating … an invigorating, urgent book that makes an important contribution to a central contemporary debate’ (Emily Wilson, The Guardian).

His next book will be Rome’s Age of Revolution: The Forging of a Christian Empire (Bodley Head and Knopf).