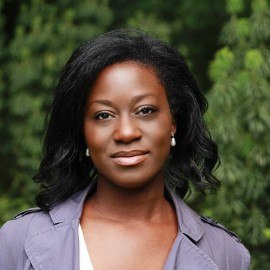 Stella Botchway is a writer, editor, and Consultant in Public Health Medicine. She studied medicine at the University of Oxford, and was an Early Career Fellow at The Oxford Research Centre in the Humanities in 2016-17. Her academic research looks at the interplay between film and public health, and considers film as a broad cultural product with a distinct impact on communities and the health of individuals and societies.

Stella has worked with a wide variety of national and international organisations, and writes fiction and non-fiction for academic, professional and general audiences. She is working on her first middle grade novel, Princess Amina and the Sea of Knowledge, set in medieval Timbuktu.

Writing as Esi Merleh, Stella is the author of Heroes of the Pirate Ship. This first book in the Magic Faces series will be published by UCLan in March 2023 with beautiful illustrations from Abeeha Tariq and in collaboration with creative development agency Storymix. 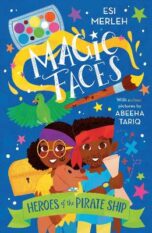