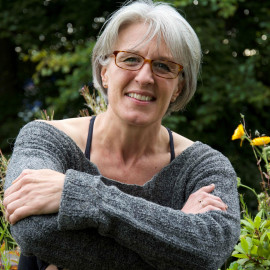 Sarah Jasmon lives on the Leeds/Liverpool canal in Lancashire, which is also the setting for her first novel The Summer of Secrets (Black Swan, 2015) (‘An evocative and atmospheric coming-of-age story’ – Carys Bray). Her second novel, You Never Told Me, was published in March 2020, and follows Charlie as she traces her mother’s hidden past whilst coming to terms with her own future.

Sarah’s short stories have been published in The People’s Friend, Candis, Paraxis, Word Gumbo and Notes into Letters, and in 2018 she was shortlisted for the Harper’s Bazaar short story competition. She is an associate lecturer in Creative Writing at Manchester Metropolitan University, and is currently studying for a PhD in Creative Geography. ‘In Search of the Port of Manchester’, a creative non-fiction piece, was published in the Port anthology from Dunlin Press in November 2019. Since September 2021, Sarah has been a Royal Literary Fund Fellow, based at Manchester University. 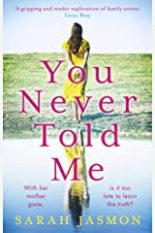