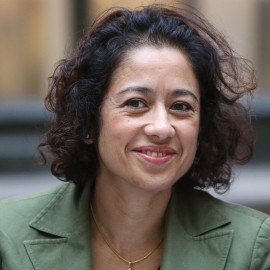 Samira Ahmed is an award winning journalist, broadcaster and writer who specialises in the intersection of popular culture, history, politics and social change. She presents Front Row on Radio 4, Newswatch on BBC1 and has worked as an anchor and correspondent for Channel 4 News, where she won the Stonewall Broadcast of the Year award, BBC News and Deutsche Welle TV. As the BBC’s Los Angeles Correspondent she covered the OJ Simpson civil trial. Her documentaries include 2020’s Art of Persia for BBC4, which was the first major Western documentary series to be filmed in Iran for 40 years.