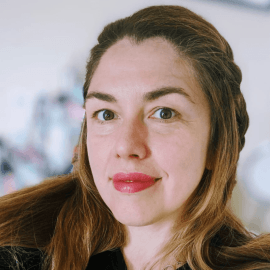 Sally Adee is a science and technology journalist in London. She is currently writing her first book, We Are Electric, which tells the fascinating story of nature’s electrical communication networks, both in our bodies and brains, and in the rest of the natural world. Published by Canongate in 2022, the book will help readers understand why biological electricity is so essential to all life, and navigate what is becoming the most promising science of the 21st century.

Sally’s award-winning stories about microchip kill switches, the Westphalian future of the internet, young blood, and black mold have appeared in BBC Future, The New York Times, IEEE Spectrum, The Economist, and New Scientist, where she was a technology features and news editor for seven years and where she now writes a regular column. She also writes about the linguistic indignities of being an American expat in London (among other things) for the science blog The Last Word on Nothing. She has appeared on BBC Breakfast to debunk the myth of baby brain, and at various conferences and festivals to describe the terror and transcendence of zapping one’s brain with a 9-volt battery.