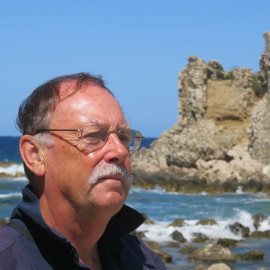 Roderick Beaton grew up in Edinburgh and studied English Literature at Cambridge, before specialising in Modern Greek studies. For thirty years until his retirement he held the Koraes Chair of Modern Greek and Byzantine History, Language and Literature at King’s College London, and is now Emeritus. He is also Chair of the British School at Athens, one of the British International Research Institutes (BIRI) supported by the British Academy.

He is the author of several books of non-fiction, one novel, and several translations of fiction and poetry. Among his books, Greece: Biography of a Modern Nation was shortlisted for the Cundill History Prize and Byron’s War: Romantic Rebellion, Greek Revolution for the Duff Cooper Prize. His other books include An Introduction to Modern Greek Literature and George Seferis: Waiting for the Angel. A Biography. He has frequently won prizes for his work on Greece and the Greek-speaking world, including the Anagnostis, Daedalus, Epilogos, Runciman and Vardinoyannis awards.

He is a Fellow of the British Academy (FBA), a Fellow of King’s College (FKC), and Commander of the Order of Honour of the Hellenic Republic. From 2019 to 2021 he served as a member of the Committee “GREECE 2021”, charged by the Greek government with overseeing events commemorating the 200th anniversary of the start of the Greek Revolution in 1821, and from September to December 2021 as A.G. Leventis Visiting Professor of Greek at the University of Edinburgh. His most recent book, The Greeks: A Global History, was published in November 2021 in the UK and the USA and in a paperback edition in June 2022. 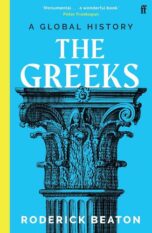 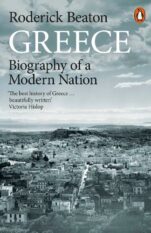 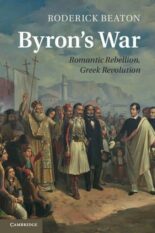