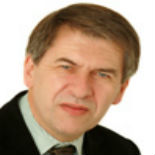 The Enlightenment: The Pursuit of Happiness 1680-1790 was published in 2020 by Allen Lane in the UK and in 2021 by HarperCollins in the US. Writing for The Times, Tom Holland said that ‘Robertson must be reckoned a historian of very high quality indeed. His book is not just learned and balanced, it is also – in the noblest tradition of the Enlightenment itself – principled and humane.’ Robert Mayhew in the Literary Review called it ‘the best single-volume history of the Enlightenment that we have’, while David Womersley in Standpoint, noting that ‘Robertson’s range allows him to make many illuminating comparisons and some provocative juxtapositions’, predicted that it ‘will inform the general reader while also often provoking, delighting and surprising the specialist’. The Enlightenment appeared in paperback in April 2022.

Robertson is also a translator, having translated several books by Moritz, Hoffmann, Heine and Kafka for the Penguin Classics and the Oxford World’s Classics. For the latter he is general editor of a forthcoming set of new translations from Thomas Mann, and has himself translated Doctor Faustus. 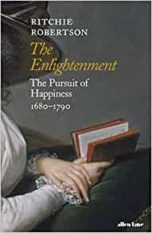