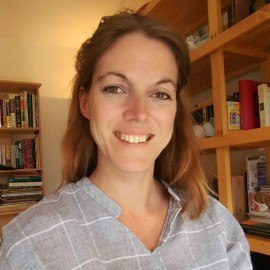 Rebecca Lowe is a freelance journalist from London who specialises in human rights and the Middle East. In 2015-16, she cycled 11,000km solo from London to Tehran. Her first book, The Slow Road to Tehran, documenting her year-long journey, paints a living portrait of the Middle East through its people, its politics and its historic relationship with the West, and challenges much of the perceived wisdom about this region of the world. It was published in Spring 2022 by September Books in the UK and MVG in Germany.

During her career, Rebecca has written for publications including the Guardian, BBC, Independent, Huffington Post, Economist, Sunday Times Magazine, Daily Mail, Evening Standard, Spectator, IranWire and numerous travel, music and sports magazines. From 2010-15, she was the lead reporter at the International Bar Association, where she focused on human rights and the rule of law, and in 2018 she contributed to the adventure travel anthology The Kindness of Strangers: Travel Stories That Make Your Heart Grow, published by Summersdale. Rebecca is a Fellow at the Royal Geographical Society, and holds a BA in English Literature from Cambridge University and an MA in Journalism from Stanford University, where she was awarded a scholarship.