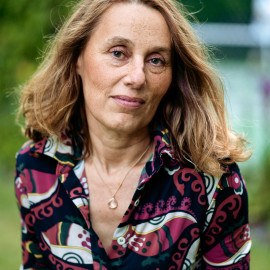 Lucy Ash presents radio and TV documentaries for BBC Current Affairs. She began her career in Moscow just as the Soviet Union was falling apart and she has followed developments there ever since. Driven by a passion for justice and human rights, she focuses on characters at the margins of society and conflicts which have dropped out of the headlines.

She speaks fluent French, Russian and she is a trustee of Jerwood Arts. She lives in London. Lucy’s work has been described as “unforgettable” and “taken from journalism’s top drawer”. She has won the Sony Gold, Amnesty International, the One World Radio Documentary Award, New York Festivals Radio Award and Radio Story of the Year award from the Foreign Press Association.

The Russian Inquisition will investigate how the Orthodox Church is colluding with the Kremlin and oligarchs to drag the country backwards. Combining historical research with vivid present-day reportage, Lucy Ash goes on an Orthodox road trip around Russia exploring the impact the Church is having on millions of lives – from the tower blocks of Moscow to far-flung villages in Siberia.