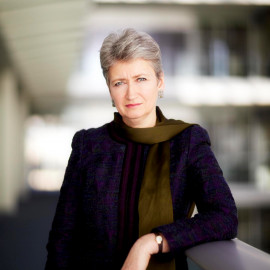 As International Editor for Britain’s Channel 4 News, Lindsey has covered many of the conflicts of the last 20 years, including Syria, Ukraine, Iraq as well as the Arab Spring. She was the only English-speaking journalist in Rwanda when the genocide began in 1994, and has won numerous awards, including an Emmy, a BAFTA, the James Cameron Award, the Charles Wheeler Award and the Royal Geographical Society Patron’s Medal. Her TV reporting appears on the Lehrer Hour and CNN in the US, and she writes for Granta and the New York Review of Books. Penguin US and Faber published Sandstorm (2012), her brilliant book on Libya, to tremendous reviews and it was short-listed for the Guardian First Book Award.

In Extremis, her biography of the late war correspondent, Marie Colvin, was published by Chatto and Windus in 2018, and was shortlisted for the Costa biography award. It was featured on BBC Radio 4 as their Book of the Week, chosen by The Sunday Times as a Book of the Year, and described by William Boyd as ‘a stunningly good biography.’ 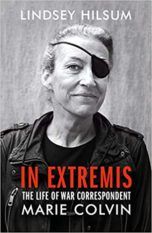