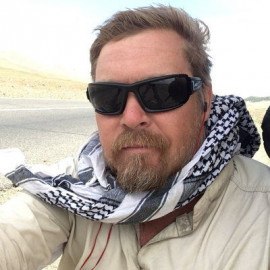 The former Paratrooper hit the headlines when he was arrested in Russia in April 2006, having become the first man to cross the Bering Straits from Alaska by foot. His first book, Giant Steps, in which he tells the true-life, boy’s own adventure story of his ongoing record-breaking attempt to walk solo around the world, was published by Little, Brown in paperback in April 2007. ‘It is an odyssey worthy of Ulysses himself, a saga fit for the old Nordic gods’ – Frederick Forsyth.