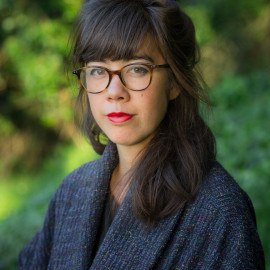 Jenny is a multi-disciplinary artist and writer based in Oakland, California. Her work generally involves acts of close observation, whether it’s birdwatching, collecting screenshots, or trying to parse bizarre forms of e-commerce. Her writing has appeared in the New York Times, New York Magazine, The Atlantic, The Paris Review, McSweeney’s, and Sierra Magazine. Her New York Times bestselling book, How to Do Nothing: Resisting the Attention Economy, was published by Melville House in 2019, and was selected by Barack Obama as one of his books of the year.

Jenny’s next book, Saving Time, promising to show us “how we can start to reclaim time from a culture hell-bent on commodifying and capitalising it”, sold to Bodley Head in an 11-publisher auction in the UK.

Jenny is represented by Carrie in the UK on behalf of Caroline Eisenmann at Frances Goldin Literary Agency.