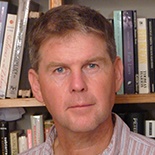 James is a social anthropologist who has spent many years researching the sophisticated ecological knowledge of some of the poorest inhabitants of West and central Africa. In a longstanding research partnership with his wife, fellow anthropologist Melissa Leach, he has published many academic books ranging from the prize-winning Misreading the African Landscape to those on Vaccine Anxieties and African American Exploration in West Africa. He is Professor of Social Anthropology at the University of Sussex.  His first trade book, The Captain and “the Cannibal”: An Epic Story of Exploration, Kidnapping and the Broadway Stage, telling the extraordinary true story of a nineteenth-century American sea captain and the Pacific islander he captured and brought back to New York to perform on Broadway, was published by Yale University Press in 2015. ‘[A] superb new cultural history masquerading as an adventure tale’ — Washington Post 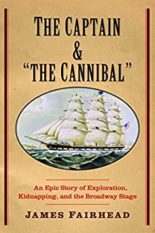