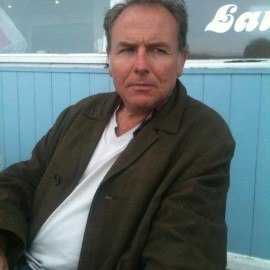 Graham Caveney began his writing career at the New Musical Express in the 1980s before going to write for a variety of papers and magazines including The Face, City Limits, Q, The Guardian, The Independent, The Independent On Sunday, Arena and GQ.

His books include Shopping In Space: Essays on Blank American Fiction (Serpent’s Tail, 1992; with Elizabeth Young); biographies of William Burroughs – The Priest, They Called Him (Bloomsbury, 1997) and Allen Ginsberg – Screaming with Joy (Bloomsbury, 1999).

His most recent book, The Boy with the Perpetual Nervousness (Picador, 2017),  a memoir about growing up in the North of England during the 1970s and his experiences of Catholic sexual abuse, was shortlisted for the Portico Prize.

His new book, On Agoraphobia, will be published by Picador in 2022.