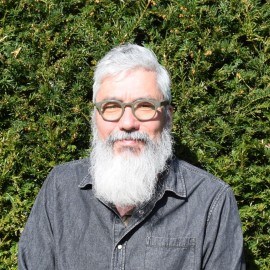 Jonathan is an independent scientist and consultant to organizations such as the UN Environment Programme and the Worldwide Fund for Nature (WWF) on the conservation of biological and cultural diversity. Originally trained in biology and environmental science, he is an Honorary Research Fellow in the School of Anthropology and Conservation at the University of Kent.

Life Story: Nature, Culture, Future, his first book, is a grand tour of the history of life on our planet from its very beginnings. It shows how biological evolution produced complexity and diversity from simple origins, how cultural evolution took our species outside the confines of biology to become the most complex, diverse and dominant species of all, and how a third phase of evolution could completely change the direction that life will take in the future.  The emergence of superintelligence and a new mode of evolution have happened before in the history of life on Earth, at the dawn of human language and culture in the last Ice Age.  The patterns and dynamics of that explosion in transmitted cultural information, argues this book, mirrored the early biological evolution of life forms, and understanding how these great transitions happened gives us a better chance of anticipating our unfolding future.  It begins with the birth of our solar system, and takes us on a journey via the Great Oxygenation Event and deep-sea thermal vents, the subsequent Snowball Earth when glaciation lasted 300 million years, the mysterious development of complex bacteria, the division of labour in cells, the conversion of solar energy by plants, the building of neurons and brains, to the appearance of humans and the super-rapid colonisation of every landmass save Antarctica.

Life Story was acquired by Jonathan Cape in a significant pre-empt for publication in 2023.