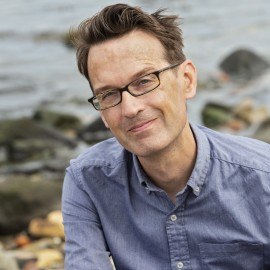 David Farrier teaches English Literature at the University of Edinburgh. His first book, Footprints: In Search of Future Fossils, looks for the marks and traces we are leaving upon the Earth for future generations to discover, from chicken bones and plastic waste, to deep earth nuclear storage facilities designed to remain secure for the next 100,000 years. Footprints was sold at auction to Fourth Estate in the UK and FSG in the US.

The proposal won the inaugural Royal Society of Literature Giles St Aubyn Award. David was an adviser on ‘Deep Time,’ the 2016 Edinburgh International Festival opening event, which told the 350 million-year-old story of the formation of Edinburgh, and recently held a prestigious Leverhulme Fellowship at the University of New South Wales. His work has appeared in Aeon and The Atlantic. Published in 2020, Footprints was both a Times and Telegraph Book of the Year. 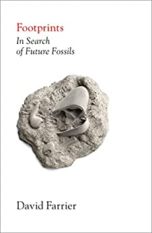