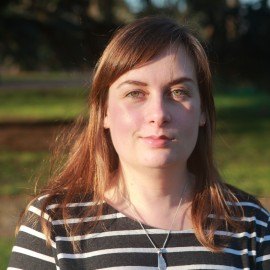 Charlotte Lydia Riley teaches history at the University of Southampton. She is currently writing her first book, Imperial Island, which tells an alternative history of Britain from the Second World War to the present day. The book traces the ways that empire and decolonisation have left their mark on British history, society, politics and culture, and tells the story of how ordinary people’s lives have been shaped by the messy, complex, brutal, and surprising history of British imperialism.

Her writing about the empire, the Labour Party, feminism, and the game ‘patriarchy chicken’ has appeared in New Statesman, the Washington Post, Dazed, the New Humanist and Tribune, where she has a regular column. She has a history, politics and feminism podcast, Tomorrow Never Knows, with fellow historian Emma Lundin, and has appeared on Radio 4 talking about the histories of patriarchy and the Labour Party. She tweets, too much, about history, politics, trashy pop culture and her commute.