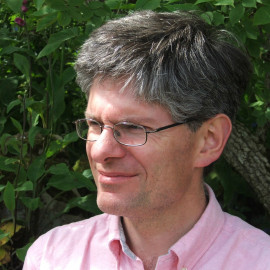 Alec Ryrie is Professor of the History of Christianity at Durham University. After publishing several academic works, his first foray into trade publishing was The Sorcerer’s Tale (Oxford University Press, 2008): “very elegantly written… Ryrie shows himself to be as much a stylist as a scholar”, said Peter Ackroyd in The Times. His double prize-winning Being Protestant in Reformation Britain (Oxford University Press, 2013) was described in the Times Literary Supplement as “immensely rewarding… No book has ever brought early modern Protestantism to life so vividly, so eloquently and so movingly”.

Protestants (HarperCollins, 2017) is a global, 500-year history of this huge, protean religious movement, written with “the affection of an insider and the judgement of a first-class historian” (Sunday Times). His most recent work includes Unbelievers: An Emotional History of Doubt (Belknap Press, 2019) and The English Reformation: A Very Brief History (SPCK Publishing, 2020).

In 2018, he was appointed Gresham Professor of Divinity, and was elected a Fellow of the British Academy in 2019. 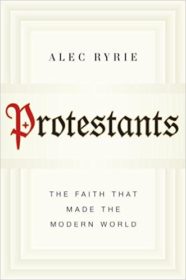